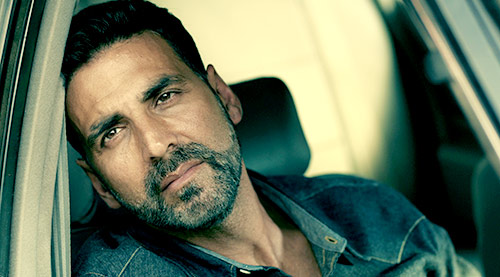 If the teaser had done the trick by managing to find the most 'liked' status, the promo has only taken the momentum forward. Though the

makers had a task in hand to put together something that was one up over the much appreciated teaser of the Akshay Kumar starrer, quite some brainstorming

culminated into eventual promo that was chosen out of the multiple options available.

"It was a gamble no less," informs an insider connected to Airlift, "The teaser was released six weeks back and had more than just done its job of

creating widespread awareness. Moreover, the hype generated was more than optimal. There was a stage reached when it was almost decided to just let the

teaser go on as the need for a full-fledged promo wasn't felt anymore."

With just 20 days to go for the release of the biggest film of 2016, many felt that just hype was correct and it was akin to wielding the twin edged sword,

if a new promo was to be cut.

"Whatever new to come out now had to be one up over the teaser. The is the time period which is most crucial for any film as the promotional campaign is in

its final stages," the insider adds, "Since whatever released so far about Airlift has been unanimously liked, anything new had to be an event in itself."

This is where the idea of blending the right thrilling and dramatic elements with the correct patriotic dosage was finalized. The result was the new promo

which became an instant rage over the weekend gone by.

"We were perhaps more conscious this time around than six weeks ago when the teaser was released," laughs Vikram Malhotra, one of the producers of the

Akshay Kumar starrer, "We had to establish the right connect. What is particularly notable is the fact that youth has been patronizing the film in a big

way. As a matter of fact our online campaign around the 'Airlift Boarding Pass' gave us a huge impetus. When we took this marketing route of enabling users

to have a first dekko of the new promo via this pass, we aimed at hitting the magical number of 1,70,000 to coincide with the number of people who were

Once this mark was reached, those attached to Airlift were further assured of the buzz, hype and reach.

"Euphoria, patriotism and drama - These are some of the many elements in the film which we are trying to bring to the audience through our promos," adds

Vikram, "Airlift is the triumph of human spirit where one man (played by Akshay Kumar) comes forward and makes a statement. The story brings to

effect a landmark moment in independent Indian history. For those seeking euphoria and a sense of triumph, all I can say is that 'Yeh toh abhi trailer tha,