Akshay Kumar is one of the first Bollywood superstars to resume work post the lockdown relaxation. Last month he along with the team of his upcoming film Bell Bottom flew to UK to shoot for the film. Akshay Kumar was also accompanied by his wife Twinkle Khanna and their kids. 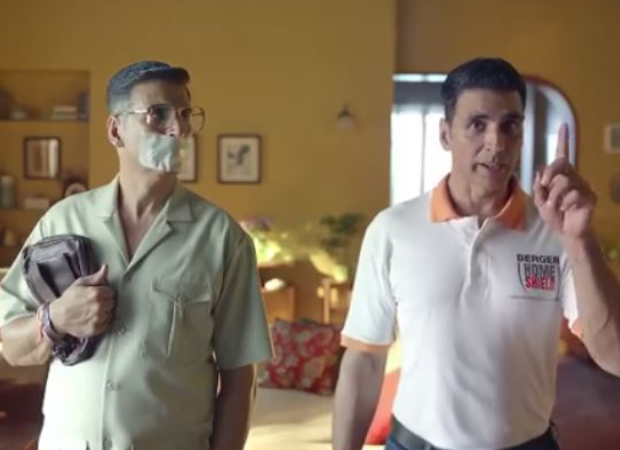 However, before leaving for the UK, the actor also shot for an advertisement directed by Abhishek Varman. The almost one minute long advertisement has Akshay Kumar in a double role. One of his characters seems to be an official who is inspecting damaged walls of the house and is seen giving different advice on how to fix it. Another character gives the solution of using Berger's Home Shield.

Let's put an end to the 'fake gyaan' on waterproofing solutions and call #BergerHomeShield experts! They prescribe customised solutions after diagnosing the issue with a #MoistureMeter, a.k.a the 'real vigyaan'! Ab #NoGyaanOnlyVigyaan!

The ad was shot following all the safety guidelines with minimal crew.