Akshay Kumar, who is gearing for the release of Gold, decided to enjoy his London trip with a family vacation. Just last week, the actor along with the cast of Housefull 4 wrapped up the first schedule of the film in London. After their hectic schedule, he chose to spend some quality time with wife Twinkle Khann, and kids Aarav and Nitara. 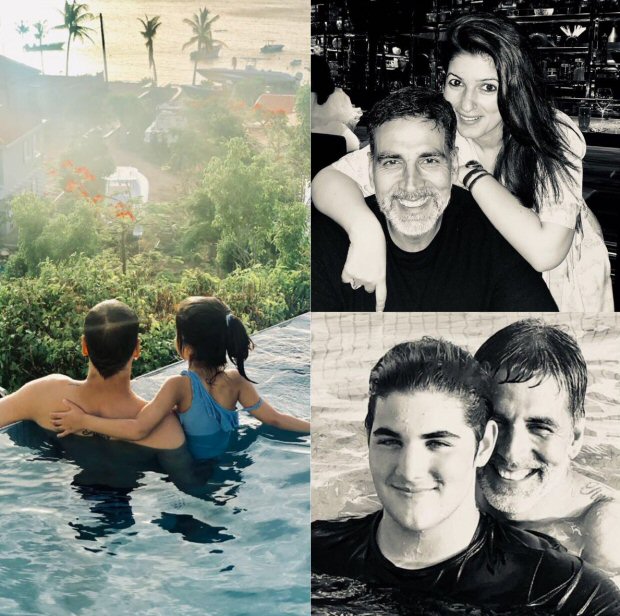 Akshay Kumar shared a beautiful collage of several pictures from their vacation. In the picture, he is seen posing with Twinkle and Aarav whereas he is enjoying the beautiful sunset with his little nugget Nitara. The actor was little bummed that his vacation came to an end as he has return to Mumbai to begin Gold promotions. He captioned the image. "Another beautiful holiday comes to an end and before getting back to the grind, cherishing some precious moments from the past month...until the next one❤ #lifelines."

On the work front, Akshay Kumar has an array of projects in the pipeline. He will be next seen in Reema Kagti's Gold, which is set for August 15, 2018, release. The film is based on the real story of Indian Hockey Team's first gold medal win after independent India. The film has been produced by Excel Entertainment. Akshay will also star in Dharma Productions' Kesari which also stars Parineeti Chopra in the lead. He is also on board for Housefull 4. The film stars Riteish Deshmukh, Kriti Sanon, Kriti Kharbanda, Pooja Hegde and Bobby Deol. It is reportedly set for Diwali 2019 release.