Last Updated 08.08.2020 | 10:29 PM IST
feedback language
follow us on
Home » News » Bollywood Features News » Bollywood News Akshay Kumar doesn’t want his kids to watch THIS movie of his and you will be SHOCKED with the reason!

Akshay Kumar is known for his sense of humour. Considering that he is the husband of Mrs. Funnybones, it hardly comes as a surprise that he always has some witty words to share on stage! And the situation was no different when he came to take the award at HT Stylish Awards 2019. While he started off the award presenting ceremony by playing a prank on his mother-in-law Dimple Kapadia, the fun session continued when his Pad Man co-star and host Radhika Apte suggested that they play rapid fire. She was accompanied by her co-host of the night, Vicky Kaushal! Her first question was ‘which film of his [Akshay Kumar’s] will he never show his kids? And the actor has an answer that will leave you shocked! 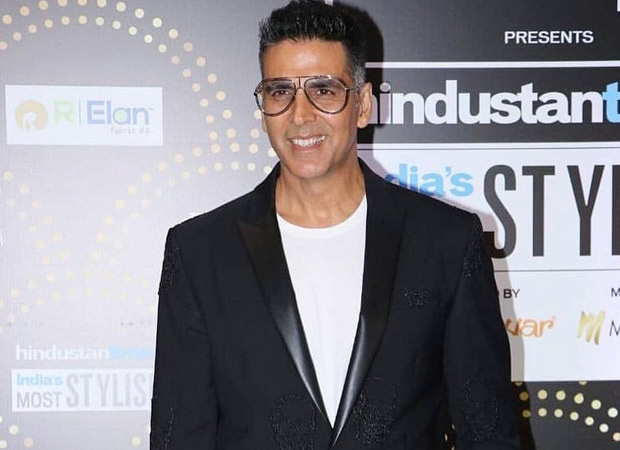 Akshay Kumar replied to the question posed by Radhika Apte saying, “Garam Masala.” When he was further asked ‘why’ by Vicky Kaushal, he went on to add, “Kyunki uske andhar I am dating 4 girls at one time. Main kahunga bete, woh zamana beeth gaya, usse bhool jao. Aaj kal ladkiyon ke paas makeup ke saaman se zyada tracking ka saaman bahut hota hai. Woh aapko track karlengi, yeh sab cheezein bhool jao.” [Because in that film I am dating four girls at one time. I would tell him, son, that generation was different, so just forget it! In today’s times, girls own more of tracking devices than makeup, so they can track you quite easily.”]

Well, that’s one helluva hilarious but apt reply we say! The said video featuring the actor answering the questions during the HT Stylish Awards 2019 rapid fire seems to have gone viral on social media and fan clubs are equally excited to share the same.

Akshay Kumar's reply on been asked which movie of yours you will not show to your kids..please watch???? #AkshayKumar #moststylishawards2019 #radhikaapte #vickykaushal #celebrity #superstar

On the work front, Akshay Kumar will next be seen in Rohit Shetty’s Sooryavanshi alongside Katrina Kaif. The actor has also signed the period drama on Prithviraj Chauhan which is expected to go on floor soon.