After the grand wedding of Priyanka Chopra and Nick Jonas in December last year which the world was talking about, another Jonas brother got hitched. Joe Jonas and Game Of Thrones actress Sophie Turner tied the knot in a private ceremony in Las Vegas after the Jonas Brothers performed at their comeback stage at Billboard Music Awards 2019 on May 1. 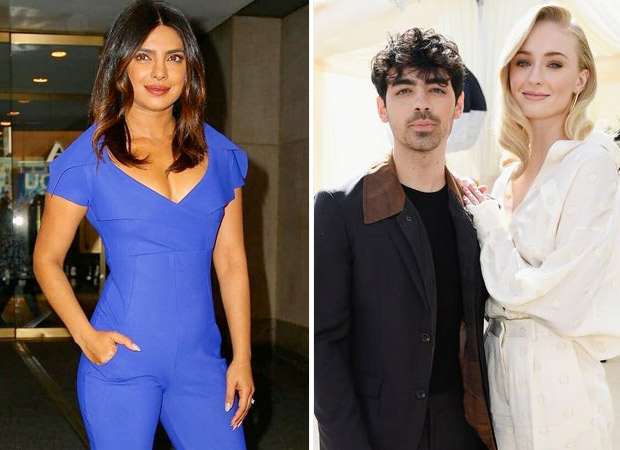 DJ Diplo shared a couple of Instagram stories in which Sophie is dressed in a white dress with her veil on her head as Joe and his brothers headed to the chapel. “Gonna hit up this wedding real quick,” Diplo captioned the clip. He had even live-streamed some of the moments.

Priyanka Chopra, a day ago, spoke to Access Hollywood and dished all about the surprise wedding that left everyone in shock. "That was so fun. It was so fun! And it's so Jophie, I call them Jophie. It’s like ‘Trust them to do that’. That is Jophie," Priyanka Chopra talked about brother-in-law Joe Jonas and Sophie Turner's Las Vegas wedding.

Priyanka even slipped up detail about another grand wedding that will take place soon. “And they are gonna have this amazing beautiful wedding, obviously. Oh! Was I not supposed to say that?

“It was really funny. We were at the Billboards. Joe I think had this idea that he wanted to do this. But we were at the Billboards and he had these little black cards that we all got. We were randomly inviting our friends, like people that we met. We were like, ‘alright, we’re going to set up this wedding now, we’re going to the chapel right from here, and please arrive, please arrive.’ We had Diplo, Khalid, they were really sweet, they arrived. Diplo Instagram Live-d the whole thing, it was awesome,” said Priyanka Chopra.

“It’s exactly who and what we stand for. Nick and Joe both are so different but are best friends, and that’s what’s beautiful about their relationships. And you can see that in the weddings as well. It was very reflective of the two of them and us as couples, you know?” she added.

On the very same day, May 1, Priyanka Chopra, Sophie Turner and Kevin Jonas’ wife Danielle Jonas were in attendance and cheering for their men while they performed on ‘Sucker’ at Billboard Music Awards 2019.