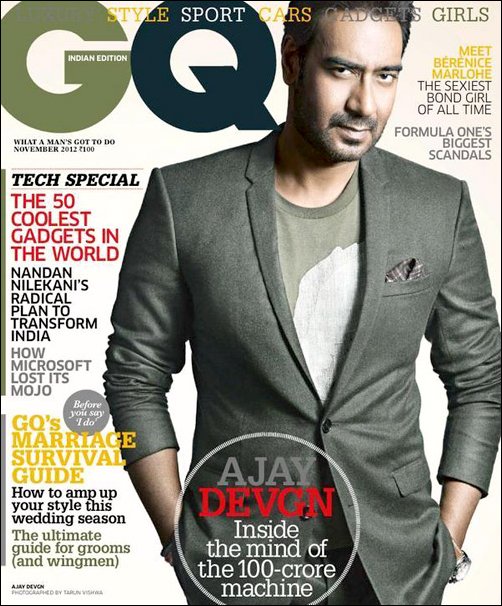 It's no rocket science to say that Ajay Devgn's latest BO bonanza Son Of Sardar (SOS) has indeed lived up to its name. And it is this Bollywood's very own poster boy Ajay Devgn, who is the cover boy in the latest edition of GQ.

Ajay, in this interview speaks about his take on survival in this business and his shortcomings. Besides that, while he also gives his 'opinion' on Aamir, Salman, SRK and Akshay, at the same time, he reveals that amongst the younger lot, it's Ranbir Kapoor who has impressed him the most. When asked about the commerce of filmmaking, on his own admission, he says "I don't mind doing an experimental film, but it'll have to be something absolutely fabulous." Lastly, he not just reveals that Raju Chacha was the lowest phase of his life, but also his weakness when it comes to wine, women and wealth!