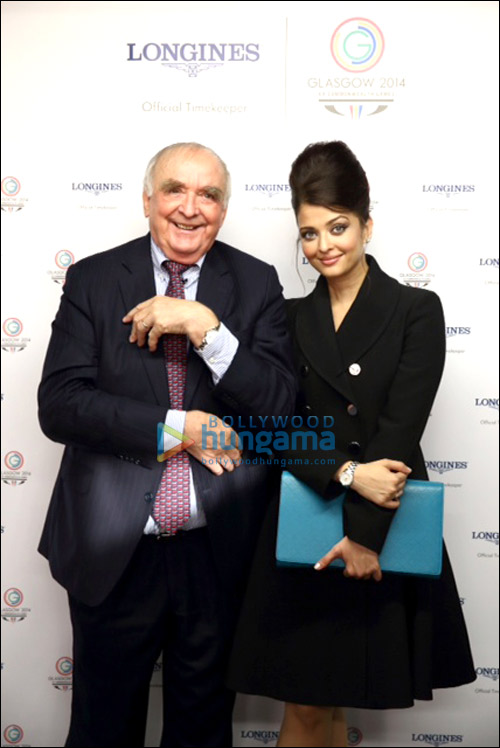 Abhishek Bachchan, being an ardent fan of football, recently was excited to attend the finale of the FIFA World Cup and he was accompanied by his father Amitabh Bachchan. Now, it is the third member of the family, Aishwarya Rai Bachchan, who attended a world sporting event, more specifically the Commonwealth Games to be held at Glasgow.

The Bachchan bahu was invited to attend this international sports championship as the face of a luxury brand that she endorses. She made an appearance during the opening ceremony which was held yesterday.

We also heard that the reason behind Aishwarya gracing the opening ceremony was the fact that the actress is now an international celebrity considering that she makes her presence felt at Cannes film festival almost every year. The actress attended the event as a representative of the watch brand 'Longines'.

Currently, the actress is in London as she is making preparations to fly to Scotland. However, her husband Abhishek Bachchan is currently in Mumbai and he was even spotted participating in the friendly celebrity football match hosted by Aamir Khan's daughter Ira.

Though Aishwarya is currently busy with global events and endorsements, the actress too will resume films and will make her comeback with John Abraham starrer Jazbaa which will be directed by Sanjay Gupta.