Last Updated 30.01.2023 | 1:03 PM IST
feedback language
follow us on
Bollywood Hungama » News » Bollywood Features News » Ahead of the release of Phone Bhoot, Ishaan Khatter starts shooting for “something special”; shares a glimpse of his chiseled physique

Bollywood actor Ishaan Khatter is winning hearts for his quirky character in Phone Bhoot. Recently, the makers dropped the trailer of the horror-comedy. While a section of his fans are still in awe of his charm in the trailer, Ishaan Khatter is here with fresh glimpses of his next project. 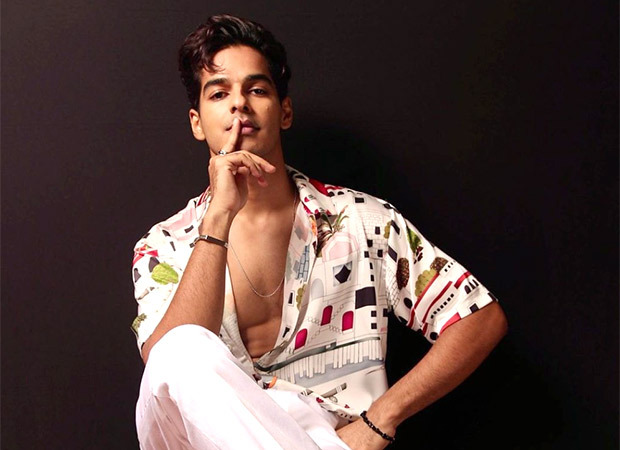 Ahead of the release of Phone Bhoot, Ishaan Khatter starts shooting for “something special”; shares a glimpse of his chiseled physique

On Wednesday, the Dhadak actor took to his verified social media handle and dropped a photo dump. In the first image, a shirtless Ishaan can be seen posing for a mirror selfie while flaunting his abs. On the other hand, one of the shots features a blurred image of the actor. In the caption, he wrote, “Shooting for something special and fun.. body busted but the mind and spirit racinggg / best job in the world.”

Though the post has managed to garner love and attention from his Instagram fam, a section of fans can’t wait to get more details of his next project. Instagrammer users flooded the comments section with red-heart and fire emoticons. Dropping a cheeky response, actor Kunal Kemmu wrote, “Chalo biscuit aa gaye chai manga lo (Biscuits arrived, let's ask someone to get tea).

Coming to the 26-year-old actor’s professional front, he was last seen in Khaali Peeli opposite his former girlfriend and actress Ananya Panday. As mentioned above, currently he is gearing up for Phone Bhoot. The horror-comedy will also star Katrina Kaif and Siddhant Chaturvedi in the lead roles. The film is slated to release on November 4.

Meanwhile, he also has filmmaker Raja Menon’s next Pippa in the pipeline. The forthcoming film will be about Brigadier Balram Singh Mehta of the 45th Cavalry tank squadron. For the unversed, he fought on the eastern front during the Indo-Pakistan war of 1971. It will also feature Mrunal Thakur.