On October 6, it came to light that the producers of RRR have submitted their much-loved film in as many as 15 categories to the 95th Academy Awards. This was a significant move as the action-drama entertainer was snubbed by the Film Federation of India (FFI). Instead, Chhello Show, was selected as India’s official entry to the Oscars. It broke the hearts of millions of moviegoers, not just in India, but across the world as RRR had unleashed a craze and it would have been a sure-shot winner. Hence, when the producers made it clear that they are still in the Oscar race, it led to jubilation. 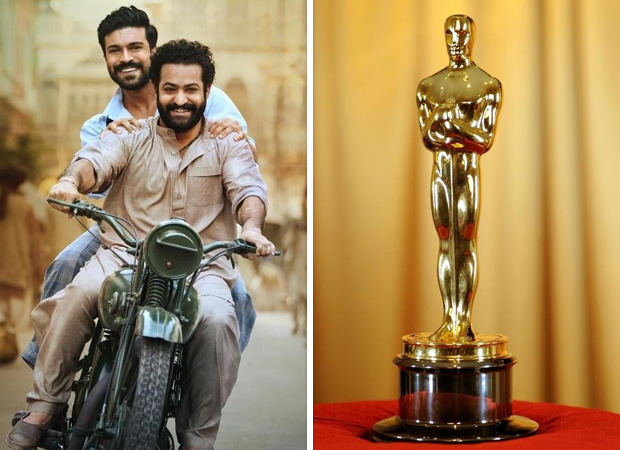 Why the Oscars need RRR more than RRR needs the Oscars

However, it must have been the Academy Awards that had the last and the biggest laugh. RRR is just what the Oscars need to get record viewership once again. For those who are unaware, the television ratings of the Academy Awards have been falling consistently, except for in 2019 and 2021. In 2015, 37.3 million viewers watched the awards ceremony. In 2016, 2017 and 2018, the numbers were 34.4 million, 32.9 million and 26.6 million viewers respectively. The number did see an increase to 29.6 million for the 2019 ceremony but it slipped to 23.6 million viewers in 2020. In 2021, the numbers plummeted to 10.5 million viewers as the ceremony was held on a smaller scale owing to the pandemic. During the 2022 ceremony, the numbers did jump to 15.36 million.

Sadly, the ceremony held this year, which was also the 94th edition, is remembered by most people for the slap gate controversy, involving Will Smith and Chris Rock. Ask a non-movie buff about the films which won this year and they’ll have a hard time remembering.

In such a scenario, RRR might prove to be a godsend. The Telugu film, which was dubbed in Hindi and other languages, did huge business in India and traditional overseas markets when it was released on March 25, 2022. The epic scale visible in the trailer, the presence of two big stars (Jr NTR and Ram Charan) and also the Hindi film stars, Alia Bhatt and Ajay Devgn, helped the film generate excitement. But most importantly, S S Rajamouli’s association as a co-writer and director played a big role. He has a crazy fan following, more so after the Baahubali series. As a result, RRR was expected to do well.

But what was unexpected was that it generated an impact like never before on the American audience. The internet is full of videos of Western audiences dancing, cheering and hooting during RRR’s screenings! Several Hollywood personalities have tweeted how much they loved the film. Russo Brothers, who had come to India in July to promote The Gray Man, also expressed their admiration for RRR.

A few weeks back, S S Rajamouli was present at one such screening in Los Angeles, USA. His humble nature and matter-of-fact quotes added to his fan following. What’s more, screenings of his previous films like Eega (2012) are also being held and even these screenings thundered with excitement!

RRR has also made waves on Netflix. Those who couldn’t make it to cinemas are discovering its magic on the small screen. There are also viewers in the West who have seen it already on the big screen and are re-watching it. It has already made it to the top 10 list in countries like Argentina, Bolivia, Belgium, Bulgaria, Netherlands, Switzerland, Egypt, Kenya, etc besides the USA. In countries like Nigeria, Oman, Bahrain etc., it has been on the number 1 spot.

In short, RRR’s craze is historic and has never before been seen for an Indian film. If it gets nominated in multiple categories, there’ll be a lot of noise over this underdog film, which has become a global phenomenon. As a result, viewers across the world are bound to tune in to the Oscars to find out whether it manages to lay its hands on the coveted trophy. After all, everyone loves an underdog’s success story.

The Oscar ceremony includes performances and skits related to the famous films of the year. RRR’s biggest song ‘Naatu Naatu’ might, in all probability, find a place among the performances. Also, RRR’s actors and the team will make it to the awards night and that’ll also add to the hype. The awards are set to take place on March 12, 2023, and by then Alia Bhatt would have delivered her baby. This could be her first big tour after becoming a mother. All these factors are sure to increase the ratings, and thus help the Academy.

Hence, it won’t be wrong to say that the Oscars need RRR more than vice versa. This is because RRR is already a winner. They have achieved more than what they had envisioned. No one in their wildest dreams imagined that it’ll be a strong Oscar contender. They aimed to impress its target audience which it did very well and even earned big bucks. The craze from non-traditional audiences is an added bonus. Whether or not it wins an Oscar, it has served its purpose more than adequately. In other words, it has nothing to lose while for the Oscars, SS Rajamouli is the lifeguard who’s here to save them from sinking further!

It was an exhilarating experience to watch #RRRMovie with approx 900 different and new audiences in one of the best @IMAX screens in the world in the heart of Los Angeles.❤️???????? @BeyondFest @am_cinematheque @ChineseTheatres @RRRMovie pic.twitter.com/rTP3DuLkwH