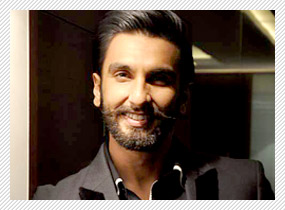 If one thought that in Ram-Leela, Ranveer Singh has played the most 'masala' character then hold on, as there is more. If those close to the actor are to be believed, this Sanjay Leela Bhansali film is just the tip of the iceberg as for his next film Gunday, Ranveer has taken a further out and out commercial and a full-on 'masala' route, something that will show him in a different light altogether.

Naturally, no one is talking about it yet since Ram-Leela is in focus and Gunday is still a while away from its Valentine's Day release. However, if his 'bindaas' act in Ram-Leela has managed to fetch attention, then in Gunday, he has taken many steps ahead.

Agrees Ranveer, "Gunday is even more masala and mainstream than what I have done so far."

Director Ali Abbas Zafar, who had taken a classy route in his debut flick Mere Brother Ki Dulhan, has apparently taken a complete 180 degrees shift in Gunday. Though Ranveer is currently tight lipped about his part in the film, he does acknowledge that Gunday would be a worthy follow up to Ram-Leela. "It is quite amazing to see the way Ali directs. He knows the movie that he is making", he says.

While the film is set in Bengal, Ranveer Singh won't be shown in a quintessential Bengali milieu, as was the case in his last release Lootera. Instead, the film would have an out and out massy flavour to it with Ranveer Singh and Arjun Kapoor pairing up for an action drama affair.

"I am enjoying all the songs, dialogue-baazi and action in there," smiles Ranveer who is currently busy fetching all the accolades coming his way for Ram-Leela.

Meanwhile when it comes to Gunday, Yash Raj Films is said to have pushed the envelope as far as commercial Hindi films are concerned and their blue eyed boy Ranveer hasn't disappointed them. Reports are in that yet again, he is playing to the gallery and is unapologetic in his act.

Ranveer is naturally tight lipped though and refuses to share further details. Politely declining to reveal anything more about the film, his look and the plot, Ranveer smiles, "Let the First Look come and we would have a lot more to talk. Till then, it is Ram-Leela.

With the theatrical promo of Gunday expected to be unveiled soon, it is indeed going to be one 'masaledaar' outing for Ranveer.