In the month of December 2017, Kareena Kapoor Khan celebrated her baby boy Taimur Ali Khan’s first birthday at Pataudi Palace. It was a family and close friend’s affair. Just like Kareena, even Karan Johar celebrated his twins Yash Johar and Roohi Johar's first birthdays last week. It has been a very interesting and blissful phase in both the friends’ lives. 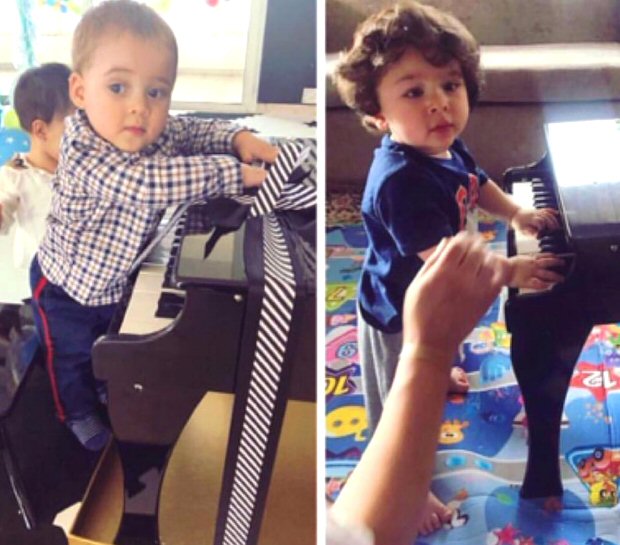 While baby Taimur Ali Khan turned one in December 2017, Karan Johar’s twins Roohi and Yash turned last week and it was also a close-knit affair. At the party, the little boys Taimur and Yash were seen trying their hands on the piano. We came across a picture from the party where little munchkins are seen posing for the cameras. It seems like just like their parents, Taimur, Yash and Roohi are becoming close friends.

Ever since Kareena Kapoor Khan and Saif Ali Khan’s baby boy Taimur Ali Khan’s first pictures made its way to the social media, the little munchkin has become a social media star. Not only that, little Taimur is paparazzi’s delight as every photograph of the kid goes viral. Even Karan Johar's twins are often snapped by the shutterbugs.

Also Read: Check out INSIDE pics and video from Karan Johar’s birthday party for Yash & Roohi!