Sahil Khattar, who started as a radio jockey and then wrote various scripts for some amazing shows became vividly popular by doing YouTube videos for Being India. He worked as a super enthusiastic host for television shows like Dance India Dance, sports events like FIFA and live cricket show, ‘India Tour of England’ on Sony Liv. He will soon do his acting debut with '83 starring Ranveer Singh. 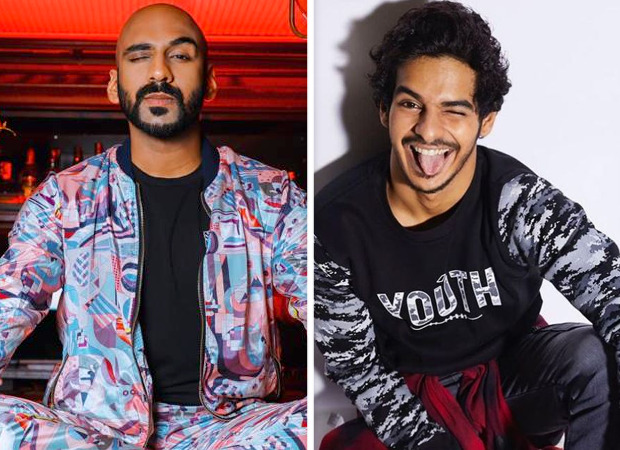 He has recently launched his dream talk show called - The Khattarnaak Show, a variety comedy show with monologues, sketches, parodies and a whole lot of laughter. Sharing the same surname, the difference being just a matter of a single character in the spelling, he invited Ishaan Khatter to be his first guest on the show. As the world transitioned into a digital world due to the pandemic in 2020 with memes being the only escape, Sahil has a segment in his show where hi showcases his audience some awesome meme content. He also has an ironical segment ‘Rapid Lier’ to that of Karan Johar’s ‘Rapid Fire’. The last segment of the show is where the guest share their most favourite memes with Sahil and the audience to trip together on laughter. From Bollywood A-listers to digital influencers, Sahil has an amazing guest list scheduled for his show.

On touching base with the actor he stated "I believe Ishaan is the actual Khattarnaak guy from the industry and the fact that he has put the career of big big heroes in ‘Khaatra’. He too is a “Khaatron ka Khilaadi”, just like me. I had to start with him. He is a sweet chap and a good boy. He’s got a stable head on his shoulders and I really hope that he excels in the coming time. Also, for Ishaan I can say that he is legit just like my brother from another mother."

He is also playing the role of wicket-keeper Syed Kirmani, in the movie '83 featuring Deepika Padukone and Ranveer Singh. The movie is set to release in the mid of March, this year.