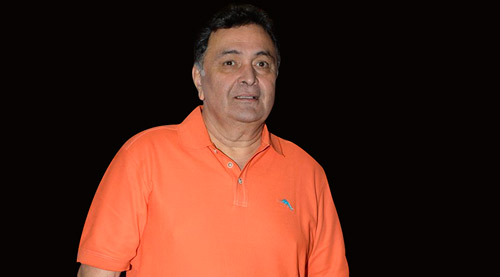 Rishi Kapoor chats with Subhash K Jha on his triumphant return in All Is Well.

There is a lot of real chemistry between you and Abhishek Bachchan in All Is Well?

I am glad people have noticed it. I had once tweeted hoping that I'd be cast with son Bachchan as I was with the father. There used to be a lot of chemistry between Abhishek's father (Amitabh Bachchan) and me. Abhishek's rapport with me in All Is Well falls in the same space as my rapport with his father in AmarAkbar Anthony. Abhishek and I are fighting and quivering throughout the film. It reminded me of a film called Hum Dono that I did with Nana Patekar.

People are comparing All Is Well to Shoojit Sircar's Piku?

Abhishek and I did discuss it. When we started our film there was no Piku. I love Piku. It had a certain warmth about it. And wonderful performances by Amitji and Deepika. Hamari toh kahani hi doosri hai. It's a different world. But yes, there are similarities with Piku. It's unfortunate that we lost time. But at least they're comparing All Is Well to a good film.

It is unfortunate that you're coming after Piku?

To be honest, our film would've released 6 months ago, long before Piku. All Is Well got delayed by 8-10 months because Smriti Irani who was supposed to play wife couldn't find the time to do so. The other option was for all of us actors to fly down to Delhi every weekend and shoot with her. It was difficult to coordinate all the actors' dates for this arrangement.

Smriti really wanted to do the film. In fact we were shooting with her in Simla when she got to know about being appointed as a minister in the current government. We had to abandon the shooting. We lost 7-8 months. It was financial loss for the producer Bhushan Kumar. We had to re-shoot around 16-17 days.

How did you like working with Supriya Pathak in place of Smriti Irani?

I am so glad I finally got to work with Supriya. Such a fine human being and a fine actress. And would you believe it, I am working with both the talented sisters Ratna and Supriya simultaneously for the first time. Supriya plays my wife in All Is Well, and Ratna is my daughter-in-law in Shakun Batra's Kapoor & Sons. I wish this had happened a lot earlier. Jab naseeb hota hai tab hi hota hai.

We haven't seen you in too many films lately?

Arrey yaar woh aate nahin hain. Suddenly they've stopped. All the subjects that come to me are centered around my character. And I turn them outright. I know they won't go beyond one or two schedules. What can I do if I am not getting good films? I won't do bogus ones at this stage. There are not too many inspiring roles. That's why I am excited about my new film All Is Well. I play a very unlikable character.

Yes. He is real and relatable... jobless, bitter, surly unpleasant and unpopular. I'll tell you the real reason why I did this film. It is the story of the ideal son... Shravan Kumar. The only other film on this theme was Manmohan Desai's Roti. At the climax of All Is Well I actually tell Abhishek he is the modern day Shravan Kumar. While we travel, all my differences with my family are ironed out. I wish real-life could have such solutions.

All we see the two of you do is squabble all through the film?

And yet, all differences are magically ironed out at the end. That's the way our movies work.

You and Abhishek get along famously?

He's one of the most loved guys in the film industry. He is so warm and genuine. He conducts himself with such good manners and spreads so much warmth. Asin too is a lovely person and a good actor. But she is no more interested in doing work. She told me she wants to get married. So All Is Well is probably her last film for a while. But the one actor that I predict great things for is Mohammad Zeeshan Ayub. If All Is Well succeeds he'll benefit the most. He is a pleasant guy and wonderful actor.

Any future projects you are excited about?

I've a very interesting old man's role in Karan Johar -Shakun Batra's Kapoor & Sons. The other interesting role I've in in Aayee Balaa Ko Tal Tu. This film is stuck for money. If they make film with me in the central role this is bound to happen. If they make a film with me in the lead who will buy it and who will see it? I'd rather do films where I play supportive parts. Those are not coming to me. Suddenly they aren't writing enough roles for actors my age.