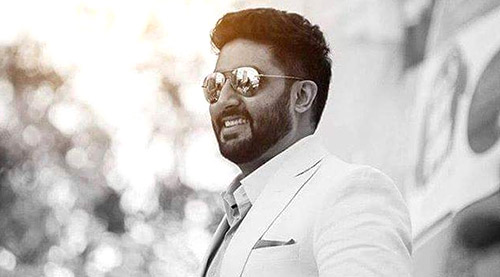 "I was in Delhi where somebody said that this whole Sarbjit premiere thing has been blown out of proportion. I asked him who blew it out of proportion. It's you (the media) who did it," said a visibly agitated Abhishek Bachchan in a Bollywood Hungama exclusive video interview with Content Head Broadband Faridoon Shahryar. "It's the premiere of my wife's film. I was there with her with the entire family. As is customary on the red carpet, they asked Aishwarya to give solo pose. I was like, 'Ab inka photo lijiye.' Now if I do that, they scream 'haath dhadka ke nikalgaye!' Then we went to another function in Delhi holding hands and they were like, 'Abhi dekho kaise chipak ke jaa rahe hai.' Later, I was promotingHousefull 3 and she went for a function of Sarbjit. Guess what the media wrote this time? 'Abhishek is now not accompanying Aishwarya!' Hence, I just don't think about it. Because if I start listening to what the media has to say about our relationship, then there would be no relationship," said Abhishek with a hurt tone.

Somehow what was not reported post the Sarbjit premiere is the fact that Abhishek had posted on twitter praising his wife's performance in Sarbjit in glowing terms. "Aishwarya is my wife. I am immensely proud of her. She was sensational in Sarbjit. I was deeply moved by that film. Contrary to what the media has reported, we all went for dinner after the premiere. There I told Omung that 'I am not able to judge this film. It's unbelievable what has happened and what the family has gone through.' I am an actor as well. I know what it takes to do that job. You can get in a role like what Aishwarya essayed. I told her that I can't believe that you were playing this character in the daytime and when you'll come home, you'll be absolutely normal. That's the mark of a remarkable actor. I just thought that it was a wonderful film. Everybody performed so well from Darshan(Kumaar) to Richa (Chadha) to Randeep (Hooda) to of course Aishwarya, everybody did a great job," Abhishek said.