Offering a glimpse of his vigorous training, Aayush Sharma shared videos of his gym session wherein he is seen lifting 185 kgs in a chest workout. With the first look teaser of the film that released in December last year, Aayush Sharma dropped jaws with his remarkable transformation from a lean guy-next-door to the beefed-up deadly gangster. Working hard for months to attain the desired physique that the character demanded, Aayush gained 15 kgs for the role, astonishing everyone with his built. 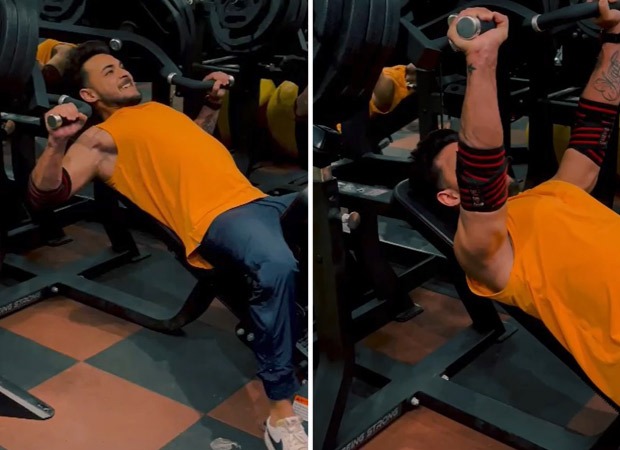 Revolving around a gangster, 'Antim: The Final Truth' has multiple action-packed sequences in which the actor has been performing himself without any stunt double.

The young and dynamic Aayush Sharma is proving to be the epitome of professionalism, showcasing his vigorous training and hard work.

Recently, Aayush Sharma resumed shoot to wrap the last and final schedules of the film, including the climax scene along with a few additional sequences with co-star Salman Khan. Gearing up for the release of Antim: The Final Truth, Aayush Sharma has piqued the interest of the audience to witness his performance.