While Laal Singh Chaddha fans are eagerly waiting for the movie to release, things are operating rapidly on the production end. Aamir Khan and Kareena Kapoor Khan flew to Delhi for the film schedule in September. While the actress has wrapped up her part, Aamir Khan has been filming at Hindu College and Greater Noida. 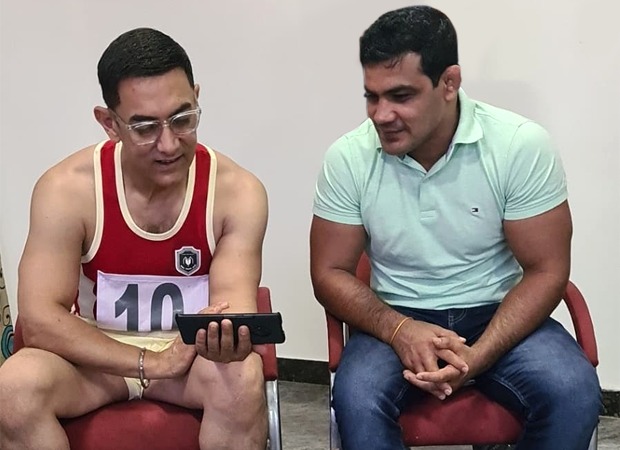 Some of the photos have surfaced online of the actor striking a pose with fans. He is seen dressed up in sports outfits in a couple of pictures. He also met wrestler Sushil Kumar and his family recently. The wrestler shared pictures on Instagram after meeting the actor.

It was wonderful meeting you @_aamirkhan ji.. you are always an inspiration..!!

It was wonderful meeting you once again @_aamirkhan sir..your talks are so motivating and inspires us to work as hard as you.. And the down to earth and humble person that to you are adds to your great persona..truly inspired ???? @wrestlersushil @twin_brothers_posts

“And all journeys must come to an end. Today, I wrapped my film Laal Singh Chaddha... tough times... the pandemic, my pregnancy, nervousness but absolutely nothing could stop the passion with which we shot, with all safety measures ofcourse," Kareena had written after wrapping up the film.

Laal Singh Chaddha starring Aamir Khan and Kareena Kapoor Khan is helmed by Advait Chandan and is the Hindi remake of the 1994 Hollywood film Forrest Gump. The film is scheduled for Christmas 2021 release.