It has been 25 years since Raj and Simran took the Euro trip, 25 years since Raj went to India to win over Simran's family and 25 years since Baldev Singh said ‘Jaa Simran Jaa, jee le apni zindagi’. Aditya Chopra's Dilwale Dulhania Le Jayenge that was released in 1995 created history by redefining romance in Bollywood and setting a benchmark for films to follow. Superstar Aamir Khan also had some kind words for the film and the team behind it as it completed 25 years today. 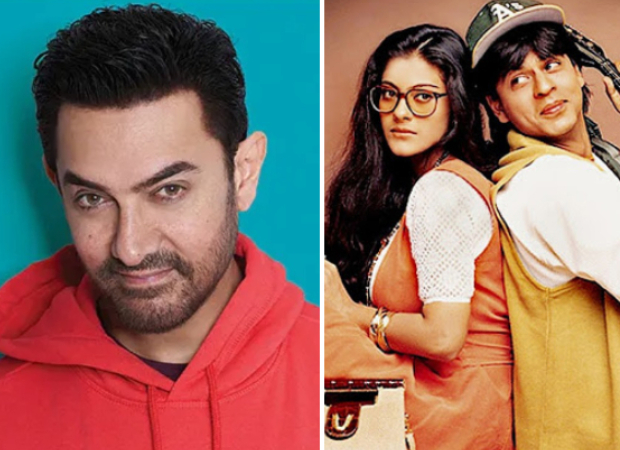 Aamir Khan took to his  social media handle and summed up the film in the most beautiful manner. "A hero who discovers his conscience, a heroine who finds her voice, a villain who has a change of heart, DDLJ appealed to the kinder, nicer, higher self within all of us. 25 years of a film that continues to charm the world. Thank you Adi, Kajol, Shahrukh, and the entire team of DDLJ," he wrote.

DDLJ, often dubbed the Romeo & Juliet of Bollywood cinema, is about two non-resident Indians, Raj and Simran, and their star-crossed love story across Europe and India, beginning on a train from King’s Cross Station.

ALSO READ: 25 Years of Dilwale Dulhania Le Jayenge: 7 things made popular by the film that will always remind you of DDLJ