On Wednesday, the team of RRR got together to celebrate the massive success of the film as it neared Rs. 1000 crore at the global box office. The event was graced by director SS Rajamouli, and actors Jr NTR and Ram Charan. Apart from the core team, the event was also graced by several Bollywood biggies including Aamir Khan, Karan Johar, Ayan Mukerji, Javed Akhtar, Jeetendra, Johny Lever, among others. Aamir Khan also took to the stage to praise Rajamouli and his film RRR. 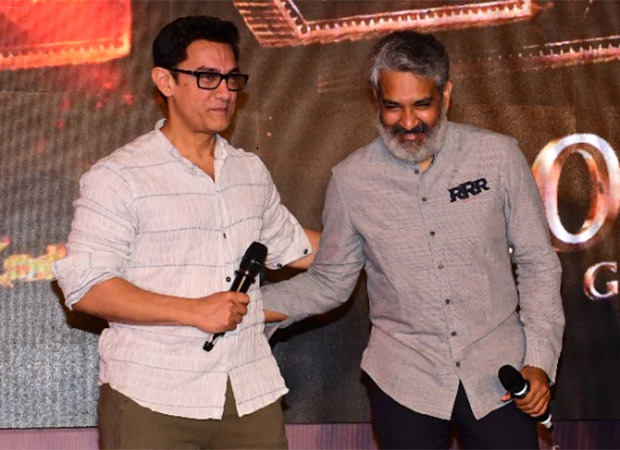 Aamir said that he was happy to see Rajamouli's efforts have borne fruit, especially after facing several delays caused by the pandemic. "I had met the team and I am so happy I could be associated with them in the last leg of their journey, as a friend. The film has been received so well and I am desperate to watch it in theatre but given I am busy with Laal Singh Chadha’s post-production, it’s yet not possible. However, I am hearing all good things about it and I feel people cannot stop gushing about RRR. Every time someone praises the film, I call Rajamouli ji and I can hear the happiness in his voice," he said at the event.

"He is someone who gives his heart to his work. He is a master and student, and that’s an extremely rare quality. It’s a well-deserved success. May he always entertain us and bring joy in our lives," he further said praising the filmmaker.

During the event, Rajamouli shared that they had an agreement where neither of them will address each other as ‘sir’ or ‘ji’. He said that it was difficult for him and Aamir had forced him to call him AK. He then reminded Aamir of breaking their agreement and addressing him with a ‘ji’. Responding to it, the actor said, "Oh sorry. You are Raja, actually, the real Raja Hindustani as you are now loved all over India.”

Rajamouli further said that Aamir's film Lagaan had been his first pan-India movie experience. "That’s when we learnt about breaking the boundary. It did not just teach me but many filmmakers that if you have conviction, people will like your film. Thank you for inspiring filmmakers for a long time,” he said praising the film.