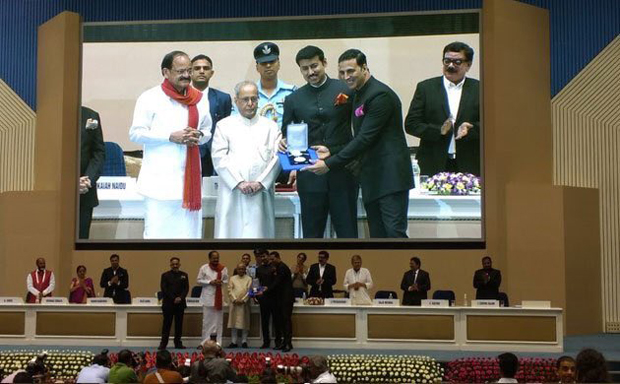 It was only a few days when it was announced that Akshay Kumar was being awarded the National Award for Best Actor for his performance in Rustom. Sonam Kapoor didn’t win the award but her film Neerja won Best Picture. She got special mention from the jury for her critically acclaimed performance in Neerja last year. 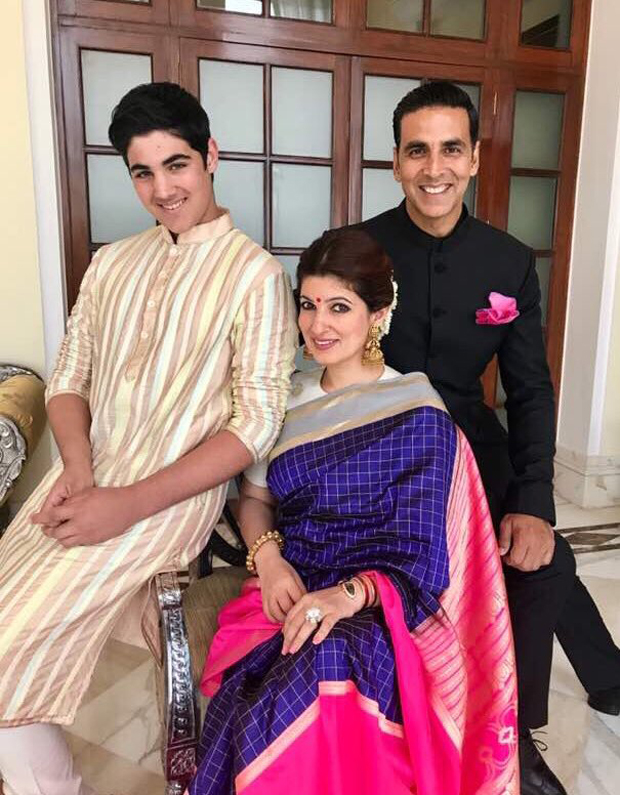 On Wednesday, May 3, President Pranab Mukherjee congratulated and felicitated the winners of the 64th National Film Awards. To support Akshay Kumar, his wife Twinkle Khanna and son Aarav Kumar had accompanied him and cheered for him whilst he was being honoured by the President and in the presence of Minister of Urban Development, Venkaiah Naidu. He shared a picture from the ceremony and thanked everyone. He wrote, “No words can do justice to the joy I feel at this moment...sharing with you all my first ever #NationalFilmAward! Thank you for the love.” 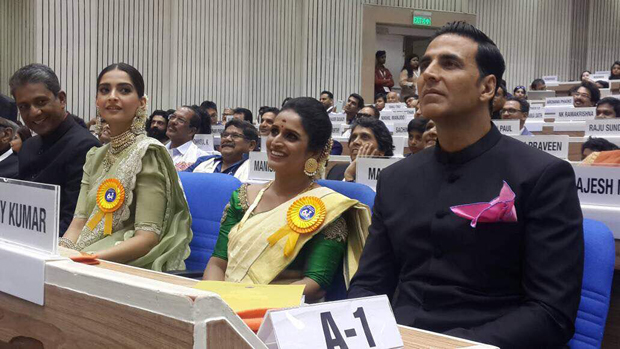 Sonam Kapoor was also present to receive special jury honour. She was accompanid by her father Anil Kapoor and rumoured boyfriend Anand Ahuja.  Anil Kapoor captured those moments on his phone like a proud a father while Anand Ahuja stood up and cheered for her. 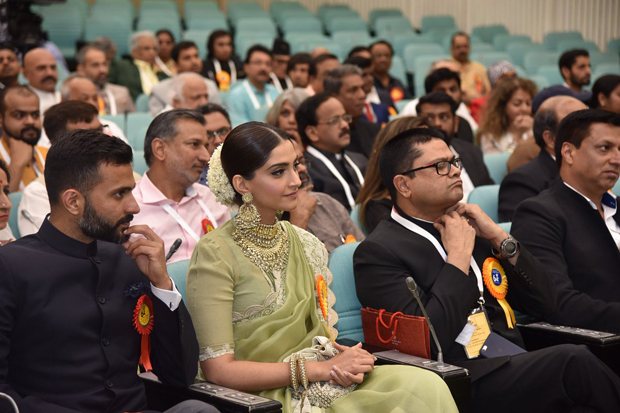 On the work front, Sonam Kapoor and Akshay Kumar are currently working together in R Balki’s Padman which is Twinkle Khanna’s first production. It also stars Radhika Apte.