In an entertainment industry forever on the lookout for new ways to entice the audience into theatres, here are the amazing untried virgin-fresh combos waiting to happen in 2020. 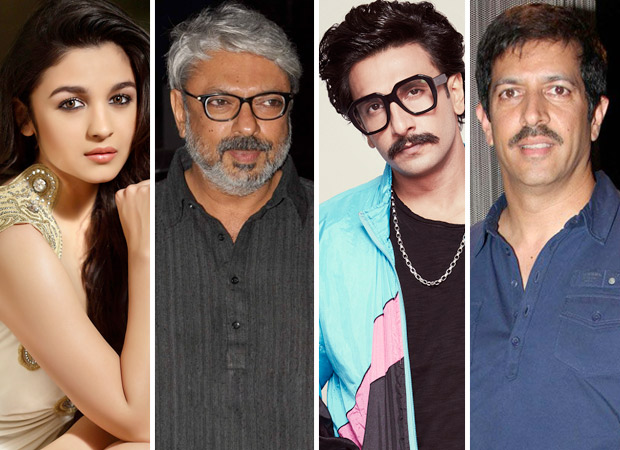 It is certain now that Shah Rukh Khan and Rajkumar Hirani are finally getting together, though not for a Munna Bhai film. Knowledgeable sources say they will be merging for a comedy with a social relevance. Details are now being worked out. But we can tell you, the results would be lethal. Interestingly, SRK was offered Munna Bhai . But that’s another story.

Alia Bhatt - Sanjay Leela Bhansali
As you read this, the epic creator Bhansali is immersed in the task of re-inventing Alia Bhatt’s urbane personality. Alia plays a real-life gangster who badass foul-mouthed trigger-happy firebrand who ruled from brothel to the underworld. Clearly, this would be a new level in Alia’s career. Once upon a time, Bhansali wove magic with Ranbir Kapoor. Now, it is Ranbir’s better-half’s turn. Known to extract knock-out performances of a lifetime from his female actors—Manisha Koirala in Khamoshi: The Musical, Aishwarya Rai Bachchan in Hum…Dil De Chuke Sanam, Rani Mukerji in Black. Nowm it’s Alia’s turn.

Deepika Padukone - Meghna Gulzar
Meghna Gulzar has blossomed into one of our most watchable filmmakers. Her true-life story of acid-attack survivor Laxmi Aggarwal will see her delving deep into Deepika’s subconscious. Every beautiful actress pines to portray physical disfigurement. Chhapaak would be much more that. It would be Deeepika’s career-defining performance, much more so than Bajirao Mastani or Piku.

Akshay Kumar - Chandraprakash Dwiwedi
Akshay Kumar has never done a true-blue historical before. It’s time now. Scholar - filmmaker Dr. Chandraprakash Diwedi has assigned the role of the great Rajput ruler Prithviraj Chauhan to Akshay. It’s a responsibility that the star cannot afford to take lightly. This time, he can’t rely on instinct as he always does. Neither Akshay nor his director can afford to get it wrong. This would be Akshay’s most studied performance to date.

Ranveer Singh – Kabir Khan
Moving away from his eclectic slew of Salman Khan starrers, director Kabir Khan now teams up with the irrepressible Ranveer Singh in ’83 a cricket saga recreating the events leading up to India’s big win at the 1983 World Cup. We’ve seen what Ranveer looks like in Kabir’s departure from Kabul Express and Bajrangi Bhaijaan. If this is not a spitting image of the cricket legend Kapil Dev, then what is? Punters may place their bets on Ranveer Singh for the National award in 2020.