We went to them with great expectations. We came away hugely disappointed. Here are the 5 top films that left us underwhelmed. 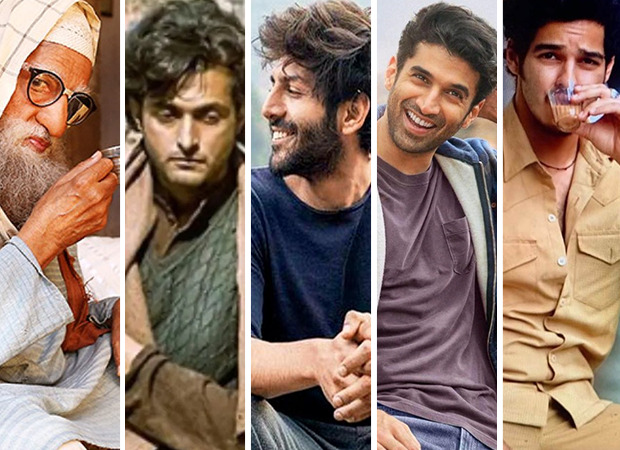 1. Gulabo Sitabo: What a massive let-down from the director of the beautiful October. After Vicky Donor we expected Shoojit Sircar to create more magic. Gulabo Sitabo was huge let-down for all concerned. Shoojit Sircar who has made some of the better films of recent years, seemed to have devised a new method of making our quarantined life more miserable. Pinning us down to his satirical exigencies Sircar gives us a film about proprietorial greed that misses its mark by a wide margin. To put it bluntly, Gulabo Sitabo is just not funny. I assume this killjoy comedy is supposed to be funny. Because everyone talks in that casual know-all eye-rolling fashion which cartoon strips are famous for. Except that the joke here is on us.

2. Shikara: 60,000 families were rendered homeless overnight. Forced to flee from their homes, Kasmiri Hindus were left with only their memories. Some like Shiv the hero of Shikara were lucky to have their life partners with them as they struggled to come to terms with their lives as refugees in their own country. It is an idea so immense in its political and emotional scope that it would take a filmmaker of epic ineptness to mess it up. Fortunately, Vinod Chopra is not that filmmaker. He handled the subject with the delicacy and sensitivity it deserved. But the narrative and its high points lacked the emotional impact and the spiritual sustenance of other similar films on a mass exodus like M S Sathyu’s Garm Hawa and Deepa Mehta’s 1947 Earth. Chopra’s heart is in the right place. He has been through the hell that Kashmiri Hindus faced when they were bullied out of their own homes. The film simply failed to convey the same emotional heft that the director undoubtedly feels.

3. Love Aaj Kal: No Valentine’s Day release could be more anti-Valentine’s than Love Aaj Kal, a purported love story spanning two eras and two couples in love who seem to hate the idea of idealizing love so much that they end up romancing the opposite of love. Or, could it be that these characters love themselves more than they love, love? Why did we go to this one expecting anything after the atrocious Jab Harry Met Sejal from Imtiaz Ali. Consciously or otherwise Ali denudes the feeling of love of all romance, makes it look like a train hurtling torrentially into the land of trauma. Kartik Aryan played the cross-generation double lover boy with all the earnestness of Charlie Brown sneaking midnight treats for Snoopy. Honestly, there was no way of telling the two Kartiks apart. Saif Ali Khan at least had the turban in Imtiaz’s earlier film of the same name. As for recreating 1990, Imtiaz resorts to the most convenient and lazy tool to nostalgia: film songs.

4. Sadak 2: Subtlety was certainly not one of the strong points of this belated sequel to a 1991 film that was ripped off from Martin Scorcese’s Taxi Driver. This Sadak swerved off the highway in no time at all. It is shocking that a script so shoddy and inane would be allowed to serve as a comeback to direction for Mahesh Bhatt, and that too to direct his star-daughter Alia Bhatt. Both deserved better. So did Sanjay Dutt. So did we. Sadak 2 was the kind of debilitating disappointment that Indian cinema suffers when the biggest of talents get together to deliver a certifiable dud. It happened when Kamal Amrohi made Razia Sultan or more recently when Yash Raj films made Thugs Of Hindustan. What makes a truckload of talented people go on a suicidal mission destined to be doomed from the day someone suggested it?

5. Khaali Peeli: This was a cringe-fest, an orgy of unskilled writing and clumsy direction where even an actor like Jaideep Ahlawat, playing the kind of pimp and child abuser no self-respecting actor would want to get into, is at a loss for words and where child abuse and paedophilia are considered fodder for potboiler-drama, the kind that Guddu Dhanoa and Harmesh Malhotra used to specialize in back in the 1980s.With due respects, Dhanoa and Malhotra came up with more enjoyable potboilers in their worst moments. Khaali Peeli was our worst nightmare version of a 1980s’ potboiler with two child actors rolling their eyes and making faces until they grow up. And what do you know! They were still rolling their eyes and making faces. Ishan Khatter and Ananya Pandey shared as much chemistry as two volunteers at an earthquake sight from Syria and Spain. Their Bambaiyya sounded as authentic as Zeenat Aman’s Awadhi in Satyam Shivum Sunderam. Can anything be worse than this?