The concept of selling tickets in black is known to everyone and happens in cinemas all across India. Most moviegoers have been guilty of not booking tickets in advance and then buying tickets at inflated rates from the black marketers outside the cinema hall. This usually happened when the films running in theatres would be big-budget entertainers with great word of mouth. Hence, such used to be the excitement for a film that moviegoers would prefer paying even double for the ticket rather than going back home dejected. 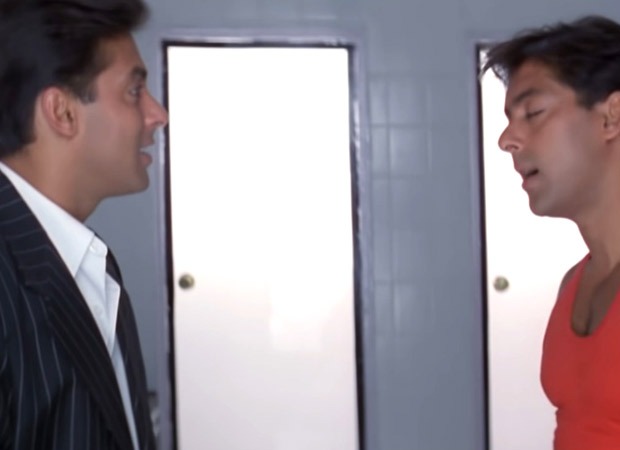 25 Years of Judwaa: When viewers were conned into buying ‘judwaa’ tickets by black marketers outside Liberty cinema, Mumbai

In the present-day online ticket booking era, viewers are at an advantage. This is because unlike before, they don’t have to physically go to the theatre and stand in advance booking queues. They can now simply book a ticket from their mobile phones while being in any part of the world. Nevertheless, it’s still common to see black ticket sellers outside certain theatres, trying to sell you a ticket at a cost when a biggie or an exciting film is playing with packed houses.

Usually, the black marketers buy the ticket from the counter and then sell it at a higher cost to the desperate viewers. However, recently, trade analyst Komal Nahta revealed a hilarious incident on his entertainment website Film Information. He published that 25 years ago, Judwaa, starring Salman Khan in a double role, was released on February 7, 1997, and was running successfully everywhere. At Mumbai’s iconic Liberty cinema, some of the viewers got conned by these black ticket sellers. Certain black marketers made duplicate or rather ‘judwaa’ tickets of the film and sold them to unsuspecting customers. These moviegoers paid a high cost, assuming that these fake tickets were genuine. After buying the tickets, when they tried to enter the cinema hall, they got a shock of their lives when the doorkeepers saw the tickets and realized that it’s fake! Obviously, these viewers were not allowed inside. By then, we assume it must be too late as the cunning black ticket sellers must have run away after cheating the viewers and collecting their hard-earned money.

This incident reminded us of another episode involving Liberty cinema and black tickets. Sooraj Barjatya’s 1994 classic Hum Aapke Hain Koun, which also starred Salman Khan, created history by running for more than 100 weeks at Liberty. On August 9, 2019, a special event was held at Liberty to celebrate Hum Aapke Hain Koun’s 25th anniversary. At this event, Sooraj Barjatya was in attendance along with Salman, Madhuri Dixit, Renuka Shahane, Mohnish Behl, and others. Here, the director revealed that Hum Aapke Hain Koun’s tickets in black sold like hot cakes as there was tremendous demand for the family entertainer. He revealed that he happened to meet a black ticket seller who told the filmmaker that he was able to buy two flats after selling Hum Aapke Hain Koun’s tickets in black outside Liberty! We hope the tickets this black marketer sold were genuine ones.