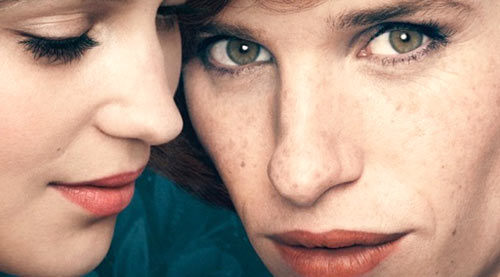 The Censor Board Of Film Certification (CBFC) is determined to shed its over sanskaari image this year. Winds of liberal change are blowing across the CBFC. And one of

change with his wife's support and encouragement.


Going by the sensitive sexual content the film was expected to get the full-on sanskaari treatment from the censor board. But Danish Girl has been passed with no cuts and an 'Adults Only'


Apparently there are several explicit scenes exploring the theme of alternate sexuality. These would have been censored as per guidelines but have been spared.


Says Pahlaj Nihalani, "Contrary to the image we have the CBFC doesn't follow the guidelines blindly. We have gone beyond guidelines for several films in 2015 including Sriram Raghavan's

Badlapur and Navdeep Singh NH10.Unfortunately filmmakers whom we have gone out of the way to help have spoken against us."


Nihalani points out that all the major blockbusters of 2015 were passed with hardly any cuts. "Whether it was Neeraj Pandey's counter-terrorism film Baby or a film touching on on Indo-Pak

relations like Bajrangi Bhaijaan. Or the other major blockbusters of the year Tanu Weds Manu Returns, Bajirao Mastani and Prem Ratan Dhan Payo, we certified them with almost no


Reacting to the tirade against the CBFC by some filmmakers Nihalani says, "The three filmmakers who have the most grievances against us are Mukesh Bhatt, Prakash Jha and Anurag Kashap. And their

cinema has courted censor controversy from long before I took over as the CBFC have been. Almost every film that Mukesh Bhatt has produced in recent times has been subjected to cuts. From his early

Damul to Gangajaal and Apaharan and Satyagraha Prakash Jha is no stranger to censor controversies. As for Anurag Kashyap, his first film Paanch still remains

banned. So why point fingers at me for being the spoilsport?"