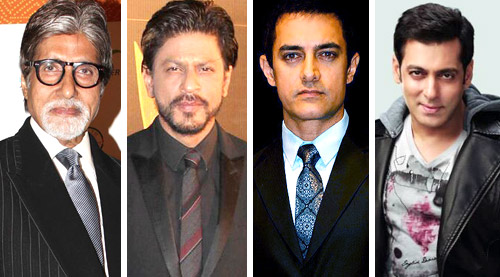 2014 - the year that was saw a host of individuals ranging from the common man to high profile celebrities and political figures taking to twitter. In a roundup of the same, Bollywood Hungama takes a look at the Year on Twitter, with big names and even bigger fan followings on the increase, analyzing the voices that managed to break the clutter and stand out from the 500 million other tweets a day.

The fan club of Rajinikanth (@superstarrajini) definitely made itself heard with his arrival on Twitter, making it the second largest peak in Twitter conversation of the year. With over 200,000 followers in the first 24 hours and now over 1.1 million in total, it's clear that he has many loyal fans both off and on Twitter.

While politics dominates the top moments on Twitter in 2014, it is PM Modi (@NarendraModi) that sits right atop the list of most Re-Tweeted Tweets of the year. The Golden Tweet of 2014 was his declaration of victory on the 16th of May 2014 gaining over 70,000 retweets celebrating his win. While Salman Khan (@beingsalmankhan) is number two on the list, Rajinikanth's (@superstarrajini) first ever Tweet actually makes it to sixth on the list for the year.

India's list of power Tweeters is unsurprisingly dominated by Bollywood stars, which apart from PM Narendra Modi, only features film stars in the top 10 spots. Sachin Tendulkar (@sachin_rt) is on the 15th spot and the current Indian star batsman Virat Kohli (@imvkohli) is right behind at number 16. Author Chetan Bhagat (@chetan_bhagat) adds more variety to the list, rounding off the top 20 for India.

Among the fastest growing Indian accounts this year, we have seen a phenomenal increase in PM Narendra Modi's (@NarendraModi) followers with nearly 5 million followers added this year alone, more than double of what he had at the start of the year. He is followed by actor and Satyamev Jayate host Aamir Khan (@aamir_khan). Amitabh Bachchan (@SrBachchan) and Shah Rukh Khan (@iamsrk) also added significant followers in the year 2014. Interestingly, the Prime Minister's Office's (@PMOIndia) account grew by 60 per cent over the year, too.

Some of the biggest names and organisations in India came to Twitter in 2014 including superstar Rajinikanth (@superstarrajini), the President of India (@RashtrapatiBhvn), ISRO's Mars Orbiter (@MarsOrbiter), Ministry of Health and Family Welfare (@MoHFW_INDIA), Ministry of Railways (@RailMinIndia) and Uday Kotak (@udaykotak) to name a few.


Notably, Rajinikanth joined Twitter on May 4th (or Twitter joined Rajinikanth, as the joke goes) and within 24 hours over 200,000 of his fans flocked to follow him on Twitter. That number more than doubled within a week, and in less than six months, he had reached the 1 million mark.

Top hashtags of 2014 for Bollywood