Shah Rukh Khan might not be going through a great phase at the box office at present. But one can’t deny that he still boasts of a fantastic track record. Out of nearly 60 films that he has acted in, 14 of them have emerged as super-hits or blockbusters. A significant successful film of his career was Karan Johar’s Kabhi Khushi Kabhie Gham, which completes 19 years today. It was a multi-starrer and also featured Amitabh Bachchan, Jaya Bachchan, Kajol, Hrithik Roshan and Kareena Kapoor Khan. But SRK held on to his own and delivered a stupendous performance. He was a part of some of the memorable portions of the film like his entry sequence, the various chartbuster songs etc. 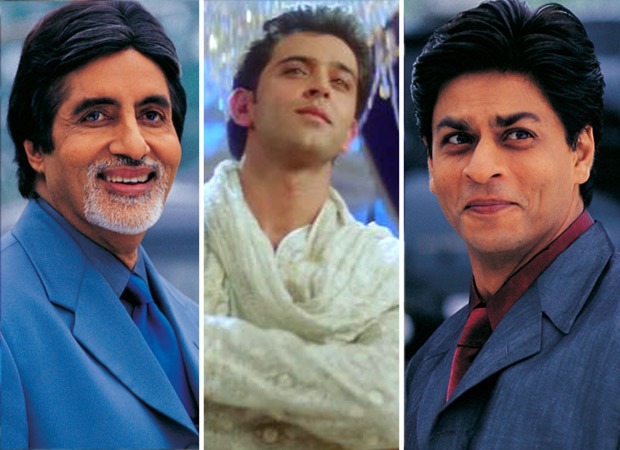 SRK in Rajeev Masand’s audio show ‘Picture Ke Peeche’ said that he was fortunate to have been a part of this film. “It was amazing to have an ensemble cast and all of us together. Kajol and I had got used to each other by then. But to have Amit ji, Jaya aunty, Hrithik and Kareena under one roof was great,” he said.

When asked about memorable episodes from the sets, he stated, “Karan fainted on the sets. He got very overwhelmed.” Karan, in the same audio show, had admitted that he was nervous as he was going to direct Amitabh Bachchan and moreover, was suffering from loose motion. Hence, he passed out.”

Shah Rukh Khan then shared a hilarious episode while they were shooting for the song ‘Bole Chudiyan’. It was an important track as it featured all six principal actors of the film. SRK shared, “Amit ji came to me while we were shooting for ‘Bole Chudiyan’ and he looked at me and said, ‘Sir jee, Yeh Hrithik ko aap dekh rahe hai kitna rehearsal kar raha hai. Aapko kya lagta hai, humein bhi karna chahiye?’ I replied, ‘Karna toh chahiye kyunki yeh step badi mushkil hai’. Then he very sweetly said, ‘Hum kitna bhi rehearse kar le, aisa toh hoga nahi humse! Toh hum karein ki nahi?’ I told him, ‘Hum na side mein jaa ke karte hai’. So, we secretly rehearsed for 'Bole Chudiyan’ so that we can keep up with Duggu (Hrithik). If you really notice it, the actual steps are what Duggu is doing. It’s very different from what Bachchan saab and I ended up doing!”

After reading this trivia, we are sure that you have felt the urge to check out the dance steps of Shah Rukh Khan, Amitabh Bachchan and Hrithik Roshan in ‘Bole Chudiyan’. Check out the song below.