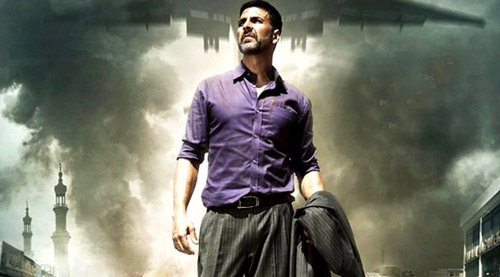 1. The thrill factor is paramount: Though a political thriller based on a real-life historical incident the predominant concern is to tell a gripping never-told story. That works like a charm.


2. The Akshay factor: The transition from a tycoon steeped in self-interest to a caring concerned Indian who masterminds the evacuation of thousands of stranded Indians in a foreign country, required an actor whose heroic stature was believable and yet huge. I believe the director Raja Krishna Menon thought of Irrfan Khan for the part. But when Akshay showed interest the team rushed to sign him.


4. The vast cast has a blast: The supporting cast gives Akshay the kind of support that the cricket team players gave to Aamir Khan in Lagaan. The film bolsters the drama, gives the narrative an emotional map to follow. Every actor big or small is cast impeccably so that the drama draws us into folds willy-nilly.


5. The cinematography sucks us in: Priya Seth who helms the camera provides an understated grandeur to the goings-on. The camera is both an accomplice and spectator in the drama that unfolds.


6. Jana 'Gana' Manna: The songs and music are wisely restricted to the background. K K's patriotic song 'Tu Bhula Jise' when the Indian flag is hoisted in the flag, prompts every Indian out of his or her seat.


7. Weak competition: The film pitched against Airlift is Kya Kool Hain Hum 3 which has turned out to be most uncool. Airlift has shown a jump of nearly 25-30 percent in major centers.


8. Sache heroes: Unlike well-known real-life bio-pics of Chandrashekhar Azad and Bhagat Singh, this story of brave Indians is untold.


9. Akshay's Ranjit Katyal is in all of us: Dig deep. You will find a Ranjit Katyal waiting to break free from the shackles of self-interest. The film's main character is inspiring.