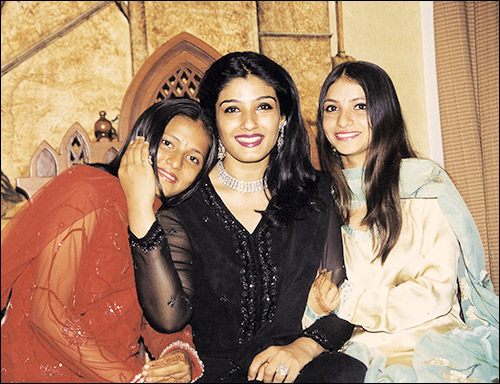 Last week, we had reported that Raveena Tandon's youngest adopted daughter Chhaya will be getting married. Well now we hear that the actress has taken on the responsibility of organizing all the ceremonies of her daughter's wedding.

According to a source close to the family, the idea of turning wedding planner was spurred by all the onscreen weddings she has been part of. The groom is from Goa and the wedding will be performed according to both Hindu and Catholic rituals. Commenting on the same, a source close to the family says, "The sangeet will be hosted by Raveena and family to which only very close relatives and friends have been invited. There will also be a mehendi, besides the chuda ceremony and the ghara ghardoli. Those will be followed by the Catholic rituals. Raveena has personally designed each function that has been organized by the bride's side of the family."

Few may recollect that back in 1990, Raveena adopted two daughters, Pooja and Chhaya, before she tied the knot with distributor Anil Thadani.