After scrapping Article 370, PM Narendra Modi addressed the nation in a 30-minute-long video message yesterday pointing out to the benefits of the removal of this article from the Indian constitution. In the video, PM Narendra Modi has spoken about how a lot of films in the past have been shot in Kashmir for the longest time and after removing Article 370, how Bollywood will finally be able to shoot for films in peace. In recent times, the filmmakers have been contemplating picking Kashmir as the location to shoot their films, considering the security concerns in the state. 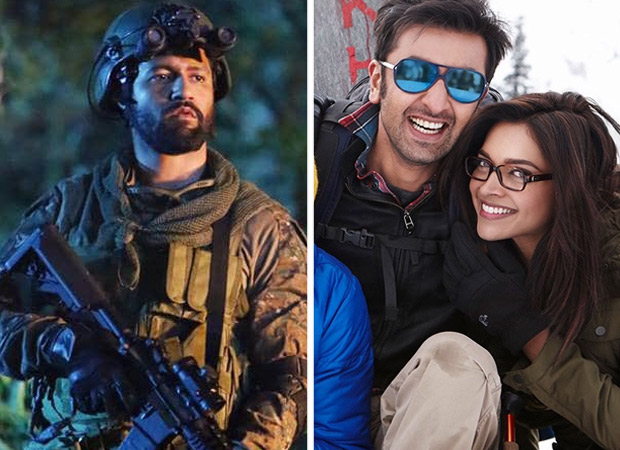 10 Bollywood films that captured the scenic beauty of Kashmir

While we’re talking about films, here’s a list of movies that were shot in Kashmir and became classics for all the right reasons.

A film that needs no introduction, being one of the highest-grossing films in Bollywood and gaining critical acclaim worldwide, this Vicky Kaushal starrer has shot quite a big and pivotal chunk of the film in Kashmir. Both Vicky Kaushal and director Aditya Dhar have received awards at the 66th National Film Awards.

Starring Shah Rukh Khan, Katrina Kaif, and Anushka Sharma, Jab Tak Hai Jaan has garnered a lot of appreciation from the fans and critics alike. The portion where Shah Rukh Khan plays an Army officer has been shot in Kashmir.

This superhit Salman Khan starrer has been shot in Kashmir and is hands down one of the best performances of Salman and Nawazuddin Siddiqui. The movie was shot extensively in Kashmir and Kabir Khan has beautifully captured the scenic beauty and essence of the state through his camera.

The makers have shown Ranbir Kapoor, Deepika Padukone, Kalki Koechlin and Aditya Roy Kapur head for a trek in the snow-clad region in Yeh Jawaani Hai Deewani. Those parts have been shot in Kashmir.

Fitoor stars Katrina Kaif and Aditya Roy Kapur along with Tabu. The movie is based around a poor Kashmiri stable keeper who falls in love with the Begum’s daughter and how she sends her daughter away to maintain their elitism. The story was quite an unconventional one, however, did not fail to show how beautiful the valley of Kashmir is.

This Hrithik Roshan and Preity Zinta starrer film was shot in Kashmir extensively and had changed the perception of the audience regarding Hrithik Roshan. Hrithik Roshan had earlier played the roles of a lover boy but Lakshya, in which he played an army officer, proved how versatile Hrithik is as an actor.

The story of this Shammi Kapoor and Sharmila Tagore starrer is about a boy who escapes his marriage and runs away to Kashmir, where he falls in love with a local girl. The movie is a journey of how Shammi Kapoor realizes a harsh truth and cannot get married to the love of his life.

Shashi Kapoor and Nanda have beautifully portrayed the role of a boatman and rich woman who fall in love with each other and Nanda’s father disapproves of their relationship and hence plots to separate the two.

Saira Banu and Shammi Kapoor have shot in the valley of Kashmir for this 1961 classic and the scenery is worth it all. Who can forget the all-time hit song ‘Yahoo!’ featuring Shammi Kapoor.

Yash Chopra’s romantic movies like Silsila and Kabhi Kabhie have been shot in Kashmir and these movies have gone down as classics and are still a sight for sore eyes, decades after release.

How many of these films have you seen yet and noticed the beautiful scenery of Kashmir? Be sure to let us know.

Also Read: PM Narendra Modi states how scrapping of Article 370 will make it easier for Filmmakers to shoot in Kashmir in Peace