In its glorious run so far, Tanhaji - The Unsung Warrior has been enjoying very consistent collections so far. One has been used to seeing hardly any drop in numbers on day by day basis. Hence it was a bit surprising to see the Om Raut directed film collect Rs. 3.22 crores on Tuesday after Monday which was quite good at Rs. 4.03 crores. This is a dip of around 20% and though it isn’t alarming, it’s just that this is for the first time that it has happened on weekdays for the film. 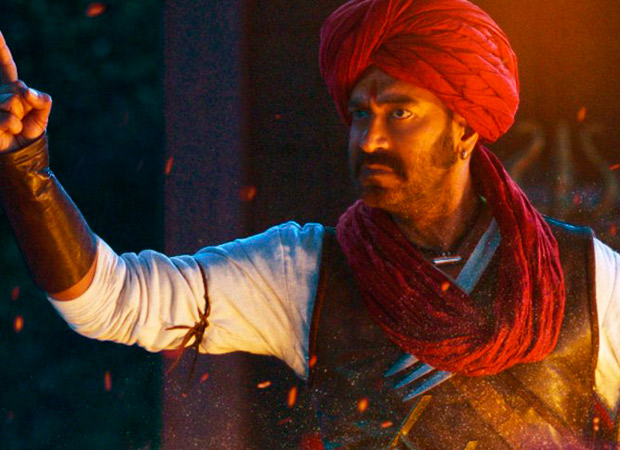 Nonetheless, the collections are still quite huge at Rs. 232.18 crores and the biggest of the grossers are being left behind. Soon, films like Uri - The Surgical Strike and Simmba, both actions films, will be surpassed as well and that would place the Ajay Devgn starrer higher up in the charts. The film it would be aiming to leave behind though is Kabir Singh (Rs. 278.24 crores) and if that indeed turns it to be the case, Tanhaji - The Unsung Warrior would be the second biggest grosser of 2019-20 after War.

Ajay Devgn is all set to have a huge year ahead as next up is Bhuj - The Pride of India, another patriotic film, and that would be followed by Maidaan, which again has the lethal combination of sports and patriotism. The benchmark has been set by Tanhaji - The Unsung Warrior and now there would be further huge expectations from Ajay Devgn in these films to come.