Ajay Devgn, Rakul Preet Singh and Tabu could well be experiencing the emotions of the 'nervous 90s', a score which is otherwise reserved for batsmen in cricket. Their De De Pyaar De has now stepped into the 90s, what with Rs. 93.08 crores been gathered so far. 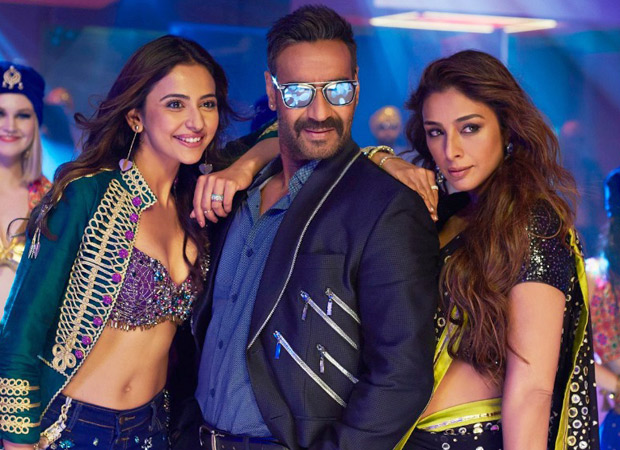 On Sunday, the film showed further growth to bring in 3.81 crores. With no major competition whatsoever from Bollywood releases, the film should score at least Rs. 1 crore each today and tomorrow. That would bring it closer to the Rs. 95 crores mark. Post that it can well be expected to maintain a score on similar lines since it would benefit from the Eid holiday as well. Of course, it would be the Salman Khan starrer that would come up trumps but all that the Akiv Ali directed film needs now is 3-4 more days when more than 1 crore each can come in.

On the other hand PM Narendra Modi saw further growth as well on Sunday to bring in Rs. 1.75 crores*. The film has collected Rs. 23.61 crores* so far and would be aiming to come close to the Rs. 25 crores mark before the release of Bharat on Wednesday.

Ironically, Vivek Oberoi would face competition from Salman Khan in days to come as Bharat is arriving at 4000+ screens, which means shows would be further curtailed for PM Narendra Modi. It would be interesting to see how footfalls trickle in for PM Narendra Modi post Eid.