These are indeed 'achche din' for the lovers of Bollywood as the three new releases - Veere Di Wedding, Parmanu - The Story of Pokhran and Raazi - have seen combined collections of over Rs. 250 crore already. This is truly turning out to be a great innings at theaters since these are the films that didn't really come with a Blockbuster of Superhit tag prior to release and have still done superb business. As a matter of fact these were not even in the Top-10 list of most anticipated films of 2018 and still the business generated has been truly spectacular. 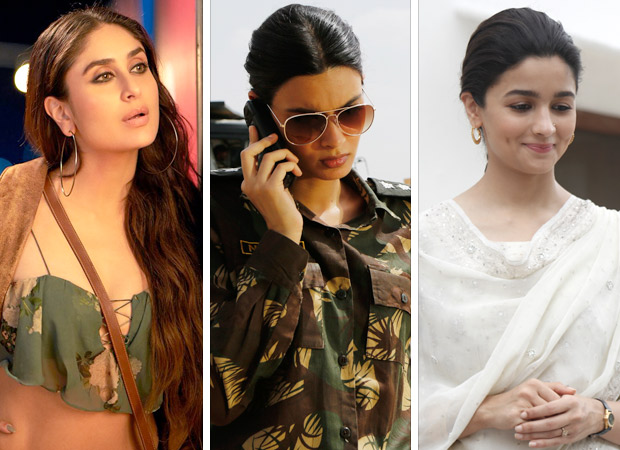 Let's talk about Veere Di Wedding first. The film netted another Rs. 1.85 crore on Wednesday and that has allowed the film to go past the Rs. 75 crore mark. Currently standing at Rs. 75.53 crore, it should eventually go past the Rs. 80 crore total, which should allow it a Superhit tag.

Parmanu - The Story of Pokhran is a Hit as Rs. 0.64 cr more came in on Wednesday. The film is having a good run with Rs. 58.24 crore in its kitty so far. It is a pity that the shows for the John Abraham starrer would be curtailed from tomorrow onwards due to the arrival of Race 3. Nonetheless, it is on its way to go past the Rs. 60 crore mark in next few days.

As for Raazi, it is continuing to bring on footfalls on a daily basis. With Rs. 0.32 cr more coming in, the film is standing at Rs. 120.90 crore. A show or two of the film would be retained in certain select theaters during the coming week and that would allow the overall total to go past the Rs. 122 crore mark. Blockbuster.

Ranbir Kapoor has tested negative for…