Total Dhamaal has released this Friday and Ajay Devgn has led the show in this comic franchise by Indra Kumar. Known for his intense performances over almost three decades, Ajay Devgn has done close to 100 films but has seldom picked up comic roles. In fact it is only after his collaboration with Rohit Shetty that comedies too were added to his repertoire. 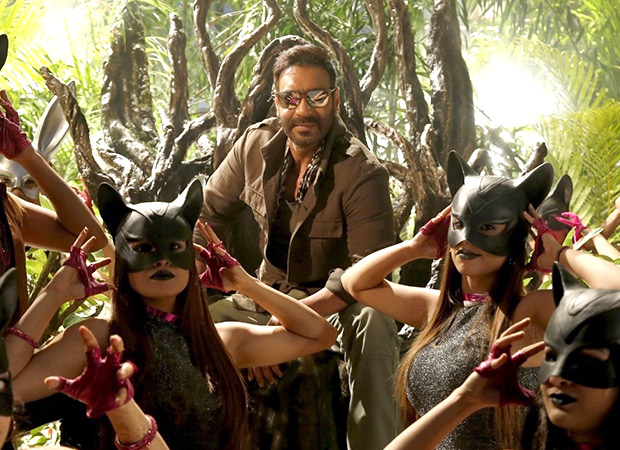 Let's take a look at the business of Ajay Devgn starrers where the actor has impressed masses with his comic timing.

Golmaal Series [Golmaal - Rs.32 crore, Golmaal Returns - Rs.52 crore, Golmaal 3 - Rs.106 crore, Golmaal Again - Rs.206 crore]
Hands down, Golmaal series stays on to be the crowning glory for Ajay Devgn. As a matter of fact this is the only comic franchise which is now moving to its fifth part soon. When he first signed Golmaal with newbie director Rohit Shetty, not many knew that over the years this would turn out to be the most loved comedy franchise of Bollywood.

Son Of Sardaar - Rs.105 crore
In this action-comedy entertainer, Ajay Devgn came together with Sonakshi Sinha and Sanjay Dutt. Though not really an out and out comedy, this one did have heavy dose of humor in many scenes that showed the comic side of Ajay Devgn. The film entered the Rs. 100 Crore Club.

Bol Bachchan - Rs.103 crore
Ajay Devgn also scored a century with Bol Bachchan, though in terms of comedy it was primarily Abhishek Bachchan who indulged in some unabashed humor. A Rohit Shetty film, this one was an official remake of Amol Palekar's Golmaal where Ajay Devgn played the part originally enacted by Utpal Dutt.

Rascals - Rs.34 crore
Ask Ajay Devgn and perhaps he too won't really count this one as one of his memorable performances. He paired up with Sanjay Dutt in this David Dhawan comedy which had Kangana Ranaut as the center of attraction. As per the need of the film, Ajay Devgn indulged in over the top humor but the audiences didn't quite approve. The film was a flop.

Atithi Tum Kab Jaoge? - Rs.32 crore
Instead of going over the top, Atithi Tum Kab Jaoge? required Ajay Devgn to play it all understated and subtle. As a married man who suffered from the presence of an unwelcome guest (played by Paresh Rawal), Ajay Devgn paired up with Konkona Sen Sharma in this urban entertainer. The film was a decent success at the Box Office.

All The Best - Rs.42 crore
Yet another Rohit Shetty film, this one again had Ajay Devgn pairing up with veteran Sanjay Dutt along with Fardeen Khan. A fun flick that had a lot for youth, children as well as elderly alike, surprisingly All The Best didn't quite see a franchise building around it. Ajay Devgn was good in this entertainer that was a good commercial success.

Sunday - Rs. 21 crore
Playing a cop, Ajay Devgn was intense in Sunday which was Rohit Shetty's comedy close on the heels of Golmaal. The film had Arshad Warsi displaying his comic timing to the fullest. Boasting of an interesting plot where the central protagonist (Ayesha Takia) forgot all about one Sunday in her life, Sunday unfortunately didn't quite enjoy much of a shelf life.

Masti - Rs.21 crore
Riteish Deshmukh, Vivek Oberoi and Aftab Shivdasani came together in this Indra Kumar comedy which was about three young men straying outside their marital life and finding comfort in another lady love. Ajay Devgn was not the central protagonist here but played a key part in this comedy which later found a couple of sequels for itself. Ajay didn't feature in there though.

Hum Kisi Se Kum Nahin - Rs.12 crore
Yet another Ajay Devgn and Sanjay Dutt combo, Hum Kisi Se Kum Nahin had an added attraction of the two Bachchans - Amitabh and Aishwarya (then only Aishwarya Rai). With David Dhawan as the director and a big production budget to boast of, this one seemed like a Blockbuster in the making. Ajay brought out his comic timing but the film was a major flop.

Ishq - Rs.25 crore
Believe it or not but it took Ajay Devgn 6 years (since the release of Phool Aur Kaante - 1991) and 21 films before he signed his first out and out comedy, Ishq. The man who was calling the shots? Indra Kumar, who is now directing the superstars in Total Dhamaal. Ishq was a multi-starrer with Ajay Devgn, Aamir Khan, Kajol and Juhi Chawla coming together. It was a Superhit.