The Luv Ranjan directed film Sonu Ke Titu Ki Sweety released a while back. Featuring Kartik Aaryan, Nushrat Bahrucha and Sunny Singh the film has been doing well at the domestic box office. After opening on a decent note, the film which received positive reviews saw good growth in collections as the days progressed. Now after its third weekend in theatres, Sonu Ke Titu Ki Sweety has surpassed the Akshay Kumar starrer Pad Man to emerge as the second highest grosser of 2018. 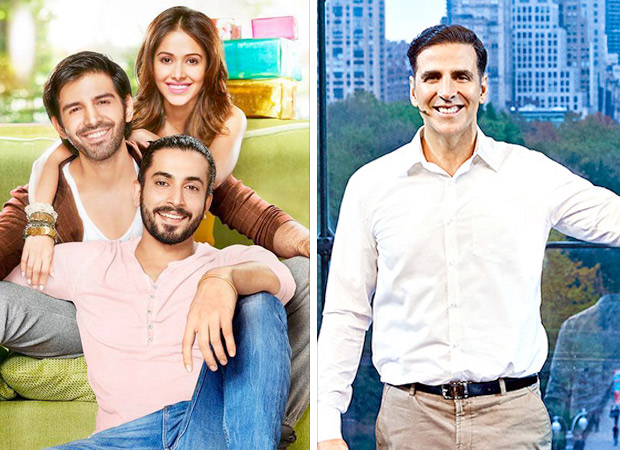 Collecting Rs. 86.76 cr, the business of Sonu Ke Titu Ki Sweety has surpassed the collections of Pad Man that are pegged at Rs. 81.10 cr. With this the film now ranks as the second highest grosser of 2018 preceded by the Sanjay Leela Bhansali directed film Padmaavat that had collected Rs. 291.57 cr.

If that wasn’t all, given the fact that Sonu Ke Titu Ki Sweety still continues to enjoy the audience’s favour despite new releases hitting screens the overall collections of the film are estimated to be higher. Currently all eyes are watching whether the film will manage to cross the Rs. 100 crore mark at the box office.