Dharma Productions and Junglee Films have a Hit in hands. They have scored well with their Raazi which has done quite well over the weekend. The film actually benefitted a lot from a very good start and that allowed it to gain much better when compared to the scenario when such genre of films start slow and then gain from word of mouth. In case of Raazi, the start by itself gave a very good platform to the Meghna Gulzar film and then the job was more than just done when further growth took place on Saturday and Sunday. 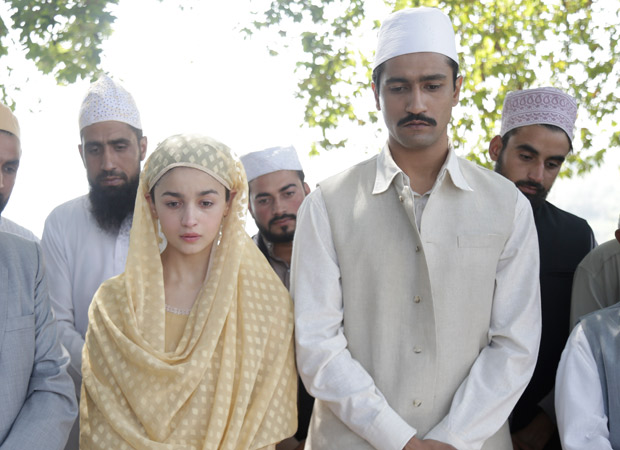 Currently standing at Rs. 32.94 crore, the film has done the kind of business which would otherwise have been expected from the entire week. If one looks at other films in comparison, 102 Not Out had brought in Rs. 27.70 crore in its first week while Hichki stood at Rs. 26.10 crore. October was also lower at Rs. 30.24 crore and here we are talking about the first weekend business of Raazi, which pretty much tells the tale.

What has to be seen though is how well does the Alia Bhatt starrer capitalize now from this point on. The stage has been set and while it is a given that a Rs. 60 crore plus lifetime is a given, an even higher number could well take it from a Hit to Superhit zone.

The only word of caution though is the competition that awaits the film in just a few days from now. Deadpool 2 releases on Friday and that means Raazi has a free run primarily just for this week. It has to bring in maximum business during next four days and whatever comes post that should be looked at as an added bonus.