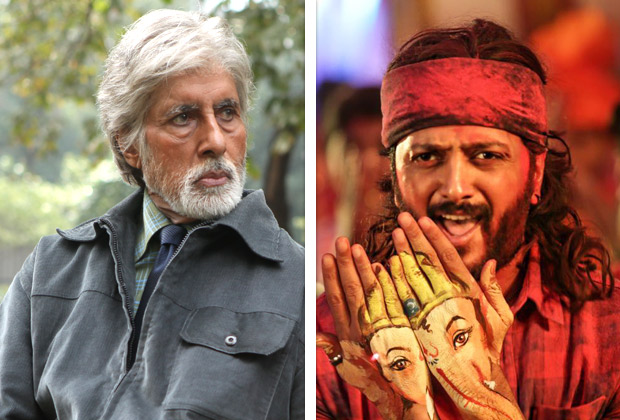 Pink is practically the only film in the running today which is boasting of good occupancy. In fact the Amitabh Bachchan starrer is collecting more than double of all the other films currently in town, which pretty much tells the tale. On its second Monday, the film brought in further Rs. 1.98 crore. It is wonderful to see the kind of word of mouth that is spreading amidst the elite which is allowing the Shoojit Sircar production to stay very consistent in major multiplexes of the country.

With Rs. 53.10 crore as its total currently, the film has already gone past the lifetime total of Ki & Ka [Rs. 51 crore]. By the end of second week, it would also leave behind Mohenjo Daro [Rs. 58.5 crore] while Udta Punjab [Rs. 60 crore] would be crossed by the time Pink is through with its third weekend. That would bring it amongst the Top-10 grossers of 2016 in 10 days flat, which is terrific for the Taapsee Pannu, Kirti Kulhari and Andrea Tariang starrer.

Banjo started poorly and its trend over the weekdays, where it largely stayed flat, pretty much sealed its fate. The film could bring in just Rs. 1 crore* more on Monday and that is a fall from Friday which was anyways quite low at Rs. 1.72 crore. At Rs. 6.92 crore*, the Riteish Deshmukh starrer has crossed the lifetime total of Bangistan [Rs. 5.4 crore] but that doesn't say much as the Excel production was a disaster. What has to be seen though is how much closer does Banjo come to the lifetime total of Great Grand Masti [Rs. 14 crore]. The trends suggest that Banjo would miss this mark by a couple of crore.

Other new releases are continuing their poor run and though Parched is seeing some kind of patronage from a very-very niche audience (at very low numbers), in the final tally it doesn't count as just around Rs. 70 lakhs* have come in so far. Unfortunately, the other new releases, Wah Taj and Days of Tafree, aren't managing even this level of collections.