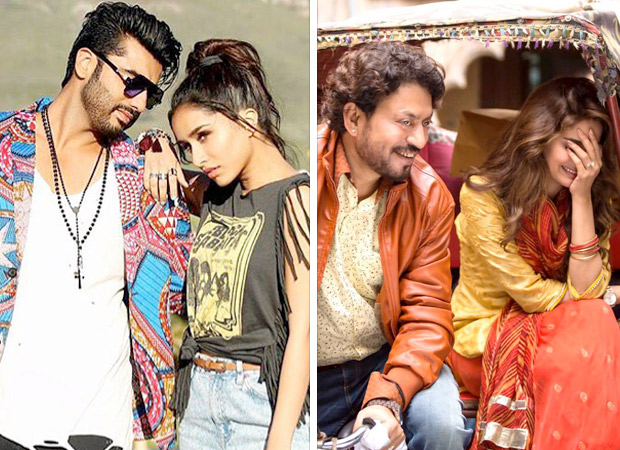 Half Girlfriend had a decent Tuesday as it brought in Rs. 4.46 cr on more. This is on the same lines as the collections that were anticipated after the weekend stayed stable, with no real big jumps from Friday to Sunday. Nonetheless, what is needed now is for the film to maintain stable collections between today and Thursday.

So far the film has collected Rs. 41.61 crore and these are the fifth highest collections already for a Hindi release in 2017 [after Raees, Kaabil, Jolly LLB 2, Badrinath Ki Dulhania]. That said, this is also because no other Bollywood release has emerged as a Hit this year which means the benchmark has been relatively lower as well.

The Mohit Suri directed film may not be raking in huge numbers but collections crossing Rs. 30 crore over the weekend has ensured that it would be a safe outing for all involved. While the lifetime total of Rs. 60 crore appears to be a possibility for now. However, on the other hand the Irrfan Khan – Saba Qamar starrer Hindi Medium has been witnessing growth after its first weekend. Though the film may have opened on a sluggish note, it still managed to draw Rs. 12.56 cr over the weekend. But come Monday the film has seen good growth in business with collections being pegged at Rs. 3.15 cr, higher than its opening day collection of Rs. 2.81 cr.

Similarly, Tuesday again saw the film’s collections spurt with Rs. 3.30 cr more coming in. With the box office collections of Hindi Medium displaying an upward trend on weekdays, what one waits to see is how much of an impact will the sustained run of Baahubali 2 [Hindi], increased traction from Hindi Medium and expected competition from Sachin - A Billion Dreams does in the second week.