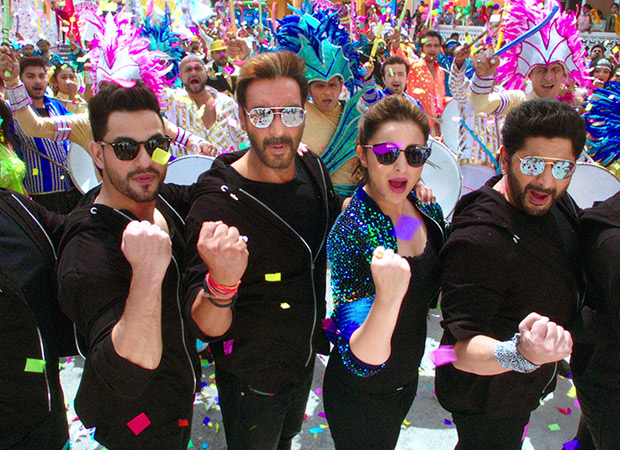 Three years back when Bang Bang [2014] had released, it had netted Rs. 181 crore in its entire lifetime. The film was a success at the Box Office. Now Golmaal Again, which is a Blockbuster, has pretty much come neck to neck with this total and that too in just 13 days. The film collected Rs. 3.78 crore more on Wednesday and with this its lifetime has reached Rs. 179.64 crore.

Next two milestones for the film are Bajirao Mastani [Rs. 188 crore] and Yeh Jawaani Hai Deewani [Rs. 188.92 crore] lifetime numbers. These should be crossed by coming Saturday and from there journey would begin towards the Rs. 200 crore milestone. While first to come in way would be Ek Tha Tiger [Rs. 199 crore], it would be followed by 3 Idiots [Rs. 202.50 crore] and Happy New Year [Rs. 205 crore].

Each of the aforementioned films is a Khan starrer and once the Ajay Devgn flick steps into the big zone, it would be akin to challenging Khans in their own arena.

It is wonderful to see the Rohit Shetty directed film perform so brilliantly at the Box Office as it has clearly opened avenues for other superstars too to keep audiences entertained in large numbers and have moolah flowing.