Dhadak managed to have a decent second weekend as collections not just stayed stable on Friday but also gained momentum over rest of the weekend. This was evidenced on Sunday when the numbers jumped further to Rs. 5.20 crore. With this, the Karan Johar production is now sitting pretty at Rs. 63.39 crore which is a very good number for a newcomer flick. 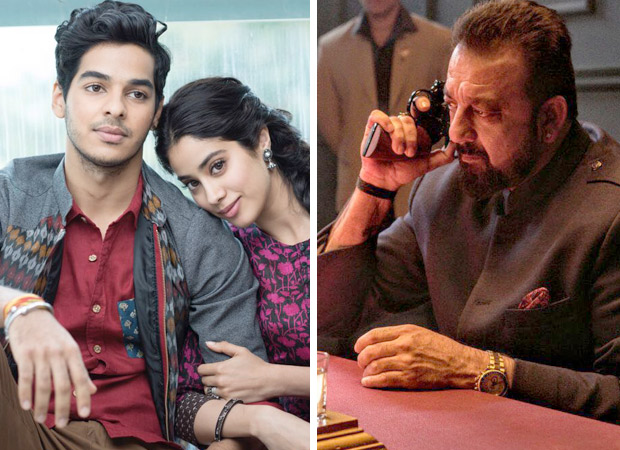 The film should now stay over the Rs. 1 crore mark on each of the remaining weekdays. However if Monday and Tuesday stay around the Rs. 1.50 crore mark then it would bring the film to a much healthier position. In fact that would be the deciding factor between which side of the Rs. 75 crore milestone will Dhadak eventually find itself to be for its lifetime. Nonetheless, the film is a Hit and a hat-trick for director Shashank Khaitan.

As for Saheb Biwi aur Gangster 3, it has turned out to be a commercial disaster. The film just didn't have much going for it right from the time its promo came on air and the release was dull as well. Further to that the collections just didn't soar and as a result the weekend stands at mere Rs. 4.40 crore. This is way too low for a film which has good credentials in terms of the director [Tigmanshu Dhulia] and the starcast [Sanjay Dutt, Jimmy Sheirgill, Mahie Gill, Chitrangda Singh].