Blackmail has seen a fair weekend at the Box Office with Rs. 11.22 crore coming in. This is on the expected lines if one looks at the opening day number of Rs. 2.81 crore. Some sort of growth was always on the cards for the Abhinay Deo directed film after a start like this. Since the opening was on a relatively lower note, these were the bare minimum numbers that were required for the Irrfan Khan starrer so that it stays in contention during the weekdays. 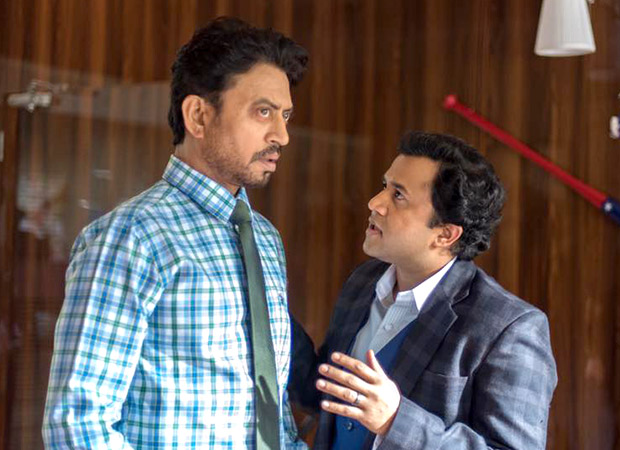 Irrfan Khan's biggest success till date, Hindi Medium, had taken a better start as it had grown to Rs. 12.56 crore weekend after Friday collections of Rs. 2.81 crore. It had then stayed quite stable during the weekdays as well due to which the first week numbers read Rs. 25.21 crore. Though one can't expect Blackmail to meet similar fate as well, at least Rs. 20 crore need to be crossed by the film so that it can reach a decent lifetime number in the final run.

That said, when compared to Irrfan Khan's last release Qarib Qarib Singlle, the film has done better. Released without much of a fanfare, that film had netted Rs. 8.30 crore over the weekend and then accumulated Rs. 17.08 crore in its final run. Now Blackmail is expected to go past that mark within its first week itself.