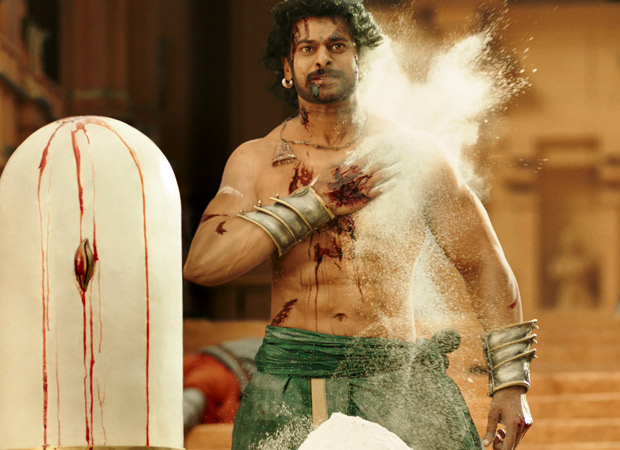 Baahubali 2 [Hindi] has done something that no other film has ever done before in the history of Indian cinema. In just its Hindi version, it has accumulated a massive Rs. 128 crore at the Box Office and that too in just over the weekend. This is truly UPRECEDENTED as numbers like these coming over an entire week too are considered to be quite good, regardless of which language it arrives in and which superstar features in there. However, for a Telugu film to do that (in its Hindi dubbed version) and that too with a male lead [Prabhas] as a central protagonist who hasn't done a Hindi film before is UNBELIEVABLE indeed.

As a matter of fact, in three days, the film has collected only below the highest grosser film of 2017 so far, Raees [Rs. 137.51 crore]. Those numbers had been accumulated across the lifetime of the Shah Rukh Khan starrer, whereas Baahubali 2 has managed to come close to that in just a weekend. That's correct - ONLY THREE DAYS!

What is happening currently with the SS Rajamouli directed film is something that cannot be explained at all. While it is quite apparent that the entire country is watching only one film at the moment, it is also pretty much visible that external threats like IPL have been vanquished too. There are no excuses whatsoever anymore as Baahubali 2 is making waves without a superstar lead pair, without a superhit song, without a holiday and without any major promotion by those associated with the film. There were no visits to the malls, no multi-city tours, no controversies, no nothing.

All that mattered at the end was the core content and with hype over last two years truly elevating with every passing month, only to reach a crescendo in the current season, it is 'Brand Baahubali' which has ultimately emerged victorious.