Each day a lot of things happen in the world of Bollywood. From new film announcements to celebrities being spotted with their rumoured partners, to of course social engagements, Bollywood News, and celebrations. Rounding up the rather active day in a comprehensive way, Bollywood Hungama brings to you a specialized way to catch up on the latest Bollywood news. So, from deets of Emraan Hashmi being offered a role in the Alia Bhatt starrer Gangubai Kathiawadi, to Shah Rukh Khan’s shoot schedule for Pathaan, to Akshay Kumar and Emraan commencing work on Selfiee and Arshad Warsi opening up about Amitabh Bachchan’s ABCL, here are today’s latest top trending entertainment and Bollywood news. 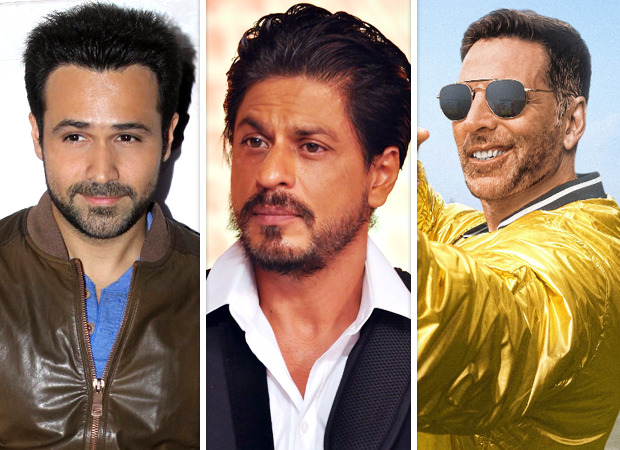 This was the role offered to Emraan Hashmi in Alia Bhatt-starrer Gangubai Kathiawadi
The recently released film, Gangubai Kathiawadi, had been an exciting project even since it was announced. After all, it marked blockbuster director Sanjay Leela Bhansali joining hands with one of the most popular actresses, Alia Bhatt. Soon, the hype increased as it came to light that Ajay Devgn will make a special appearance in this film. Meanwhile, reports emerged that even Emraan Hashmi has a special appearance. Both these actors had previously collaborated on the gangster thriller, Once Upon A Time In Mumbaai (2010). Their chemistry was much appreciated. Hence, fans were looking forward to seeing both of them in a similar space, since Gangubai Kathiawadi, like Once Upon A Time In Mumbaai, also has a connection to the Mumbai underworld in the bygone era. More details Here.

Shah Rukh Khan is expected to wrap up shoots of Pathaan, Rajkumar Hirani’s next and Atlee’s next in 2022
Superstar Shah Rukh Khan took a break after the debacle of Zero (2018) and is now raring to go. He took a while in signing his next projects; now he has three major films in his kitty, all of which look very exciting. Last week, the moviegoers got a huge surprise as Yash Raj Films (YRF) finally made the much-awaited announcement of Pathaan. SRK will be seen in an action avatar along with Deepika Padukone and John Abraham in this movie, which went on floors in November 2020. Besides this film, he has also signed blockbuster director Rajkumar Hirani’s next. He has also signed South director Atlee Kumar’s out-and-out masala film and he even shot a few portions of it. Continue Reading.

Akshay Kumar and Emraan Hashmi starrer Selfiee goes on floors
In January this year, it was announced that actors Akshay Kumar and Emraan Hashmi will star in the Hindi remake of the Malayalam film Driving License. The film, titled Selfiee, is jointly backed by Dharma Productions, Cape of Good Films, Magic Frame, and Prithviraj Productions. On Thursday, the team started the shoot of the film. See More.

Salman Khan starrer Black Tiger project with Raj Kumar Gupta shelved, details inside
Back in 2019, filmmaker Raj Kumar Gupta, who is known for his gritty and compelling portrayal of some of the most inspiring real-life stories in Hindi cinema like No One Killed Jessica and Raid on the big screen, was working on a film based on Ravinder Kaushik’s life, who was an actor turned RAW agent also known as The Black Tiger. The rights to unfold his amazing story on the silver screen for the first time ever has been given by Ravinder Kaushik’s family to Raj Kumar Gupta. In 2021, there were reports that Salman Khan was in talks to headline the project. If the latest reports are to be believed, Khan and Gupta have shelved the project. Read More.

Bachchhan Paandey star Arshad Warsi says Amitabh Bachchan’s ABCL abandoned him after launching him with Tere Mere Sapne
Bollywood actor Arshad Warsi will be seen in Bachchhan Paandey starring alongside Akshay Kumar, Kriti Sanon, Jacqueline Fernandez among others. The film is arriving in theatres next week. At the trailer launch on Wednesday, Arshad talked about several aspects of this career including how he was abandoned after his debut Amitabh Bachchan's ABCL (Amitabh Bachchan Corporation Ltd). Read more Here.