There are conflicting reports in sections of the media about Sanjay Leela Bhansali working with various A-list stars. One report suggests that Hrithik Roshan met Bhansali for a proposed film. Elsewhere Salman Khan has gone on-record during the promotion of Race 3 to state that he will be doing another film with Bhansali. Shah Rukh Khan has also been seen in the Padmaavat director’s company. 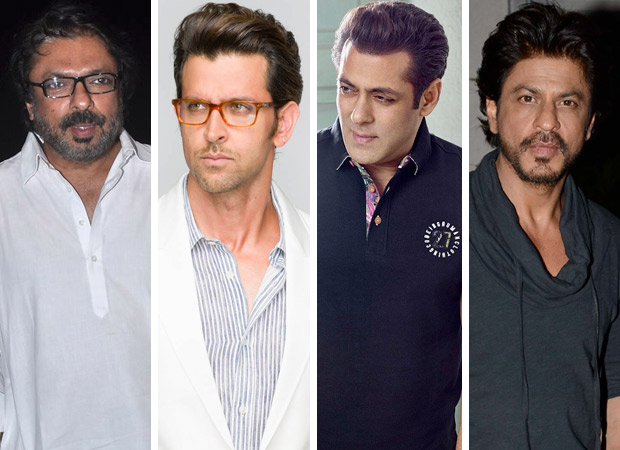 However sources close to Sanjay Bhansali reveal there is no project with any of these three A-list superstars. “These reports are highly premature. Sanjay Bhansali hasn’t even decided what he’s directing next. Right now he’s busy producing for his niece Sharmin,” says the source.

The very gifted Marathi director Mangesh Hadawale whose unreleased film Dekh Indian Circus has Nawazuddin Siddiqui in his career’s best performance, is all set to direct the two high-profile newcomers in a love story that, according to sources, goes far beyond the boy-meets-girl trope. The debutants to be launched in a film produced by Sanjay Leela Bhansali, are Jaaved Jaaferi’s son Mizaan and Bhansali’s niece Sharmin.

While Mizaan is undergoing rigorous training to prepare for his part, Sharmin has attended acting school in New York. Her mother Bela Sehgal (Sanjay Bhansali’s sister) has edited a majority of Sanjay Bhansali’s films and also directed the Boman Irani-Farah Khan comedy Shirin Farhad Ki Toh Nikal Padi. Sharmin’s grandfather Mohan Segal was a well-known filmmaker of the 1970s who introduced Rekha to the screen in Sawan Bhadow.