While it was Anurag Basu who introduced Kangana Ranaut in Gangster, it is time for the mentor protégé to reunite. This time the title of the film is quirky and unique called Imali (Tamarind and it is also a popular Indian name). If reports are to be believed, Kangana plays the titular character. 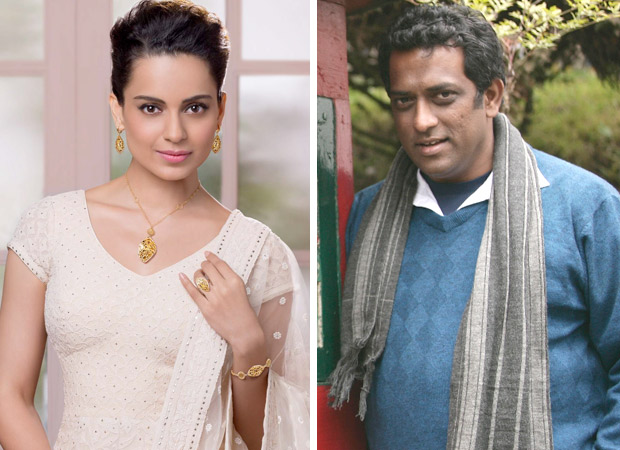 Although not much has been revealed about the film, we hear that it is youthful, urban love story. On the other hand, Kangana Ranaut too has confirmed the developments in recent reports. However, she has refrained from divulging any further details on the film.

As for the reunion of the actor-director duo, it definitely comes as a surprise. Anurag and Kangana last reunited for Kites, followed by which there were rumours of fallout between the two. It seems that Kangana was upset with international actress Barbara Mori receiving more screen space. But amidst all these reports, Kangana had maintained that she had down Kites because Anurag was her mentor and she could never refuse any project from him. Yet we didn’t see the two coming together since 2010 and now after 8 years they have decided to do a project together.

Reasserting her admiration for her mentor, Kangana Ranaut has described Anurag Basu as her godfather. She added that she credits her film career to this filmmaker who launched her.

Speaking on the film going on floor, it is a known fact that Kangana Ranaut is shooting for Mental Hai Kya. She is currently in London filming the same with co-actor Rajkummar Rao. The actress also has the release of Manikarnika - The Queen of Jhansi in the pipeline. Keeping in mind these projects, Kangana Ranaut revealed that Imali would be going on floor only by the end of this year. The makers are currently on a lookout for a male lead to essay the role of the actress' love interest.

There are also reports that the prep for Imali will start in August. However, Kangana Ranaut will be then also be diving into another film. The actress will be seen in Ashwiny Iyer Tiwari's next in which she essays the role of a Kabaddi player.