BTS is coming to your home screens, once again. One year after Bang Bang Con, the South Korean septet and Grammy-nominated artist is planning another version of Bang Bang Con taking place on April 17, 2021. 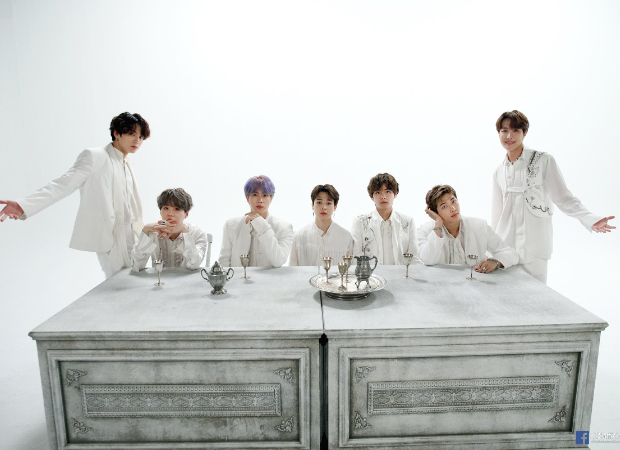 On April 11, midnight KST, the announcement was made on their official Twitter account with colourful teaser for Bang Ban Con 2021. It read, “Knock knock, is this ARMY’s room?” with the hashtags that read 'BANG BANG CON 21', 'It’s already been a year', 'Just like April of last year', and 'BTS’s concert that you can enjoy in your room.'

On April 12, midnight KST, BTS unveiled the setlist for Bang Bang Con 2021. Starting at 3pm KST, these concerts will be aired:

Last year in April, BTS hosted a two-day live stream on their Youtube channel Bangtan TV. It was a relay of their old concerts and anniversary muster shows as the fans got to enjoy their past discography for 48 hours. They are yet to announce the schedule of what concerts will be airing this time. The first BANG BANG CON was live-streamed on April 18 and 19 last year, racking up 50.59 million views in a span of 24 hours and 2.24 million concurrent viewers. The event was regarded to have set a new norm for online concerts.

Two months after the Bang Bang Con, BTS held their first virtual concert called Bang Bang Con - The Live to mark their seventh anniversary in June. They set a Guinness World Record for the concert as viewers from 107 countries tuned in to watch the virtual concert that was been live-streamed from Seoul. 756,000 viewers tuned in making it the "most viewers for a music concert live stream".

Meanwhile, BTS released their album 'BE (Deluxe Edition)' on November 20, 2020, which debuted at No. 1 on Billboard 2020 with their title track 'Life Goes On' earning No. 1 spot on Hot 100 on Billboard charts. They earned their third No. 1 on the Hot 100 chart (following 'Dynamite' and Jawsh 685 and Jason Derulo's 'Savage Love - Laxed – Siren Beat') and first with a Korean song. The title track became the first Korean song to ever top the chart. 'Dynamite' was the top-selling digital song of 2020 in the US with over 1.26 million downloads.