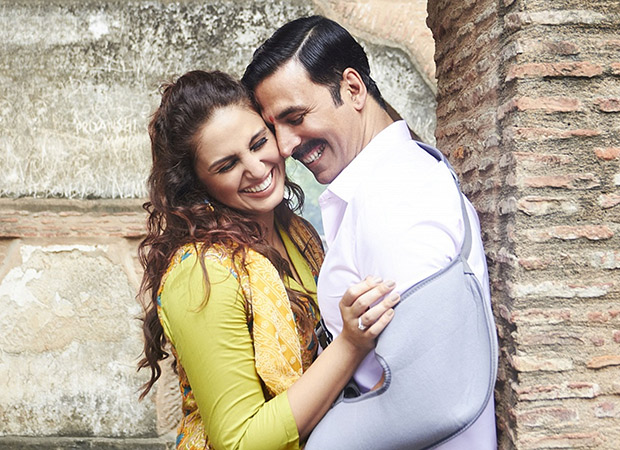 EXPECTATIONS
Three years ago when Jolly LLB had released, the music had just been an added accessory to the overall narrative of the film. Now that the second in the series, Jolly LLB 2 is arriving, one again expects a largely situational score. Yes, there is Akshay Kumar in there which means expectations are a tad higher around the overall entertainment quotient. Moreover, with a separate set of composers and lyricists for each of the four songs in the album, you look forward to some variety too.

MUSIC
There is an addictive hook right at the start of Manj Musik and Raftaar written 'Go Pagal' which gets to the point within first 10 seconds itself. A Holi celebration number', this one has Raftaar leading the show as a regular singer instead of being in his rapper avtar. He does quite well in keeping up the pace with Manj Musik's catchy tune that has its hook being a steady companion. Moreover, Nindy Kaur is in her naughty self for this dance number that has Nilesh Patel chipping in as a co-composer with Girish Nakod and Manj Musik stepping in too as additional vocalists. The only regret? The song wraps up in just three minutes!

Soon enough, things turn sober with Jubin Nautiyal and Neeti Mohan uniting for a soulful track 'Bawara Mann'. A 'desi Hindustani' number which has Chirrantan Bhatt experimenting with a style different from his usual self, 'Bawara Mann' is a poetic track written by Junaid Wasi which has a leisurely pace to it and could well be suited for a candle light dinner. Intermittently, one also hears an 'alaap' from Rheek Chakraborty. If you liked 'Aankhen Coffee Peete Peete' from Akshay Kumar's Gabbar Is Back, you would like 'Bawara Mann' as well.

Remember the age old popular track 'For He's a Jolly Good Fellow'? Well, the opening line and the tune is picked well by Meet Bros who give it a Jolly LLB spin to it by making it 'Jolly Good Fellow'. A foot tapping number that could well be the introduction number for Akshay Kumar in the film, this one is written by Shabbir Ahmed who also pitches in with a rap portion (with support from Earl Edgar for the English rap). Rendered by Meet Bros themselves, 'Jolly Good Fellow' - which has Purnima Solanki and Sanchiti Sakat as the additional vocalists - reminds one of the music from the 80s when Govinda and Mithun ruled.

Last to arrive is the situational track 'O Re Rangreza', a 'qawalli', which is the kind that usually comes in the second half of the film when a dramatic moment ensues and the central protagonist tries to get his way out of it. A devotional 'sufi' track by Junaid Wasi, this has some usual music by Vishal Khurana with Sukhwinder Singh leading the show and Murtuza Mustafa & Qadir Mustafa as his accompanying partners.

OVERALL
Music of Jolly LLB 2 is on expected lines. While there are a couple of situational tracks, the ones that should cover some distance are 'Go Pagal' and 'Bawara Mann'. While former should get widely popular by the time Holi arrives, latter should enjoy a much longer shelf life in weeks to come.

SCOOP: Akshay Kumar and Arshad Warsi to be pitted against each other in Jolly LLB 3?

Published on May 27, 2017 11:01 AM IST
Bollywood Hungama News Network https://www.bollywoodhungama.com/