After doing double roles couple of times in the past, it seems that Mohanlal has planned to do it yet again. And this time it will be in one of the ambitious Malayalam films, Ittimaani - Made In China. Being one of the first to be shot in China, this film will feature the superstar in a rather different avatar. In fact we got a glimpse of the same in this photo where he is seen sporting the traditional Chinese attire. 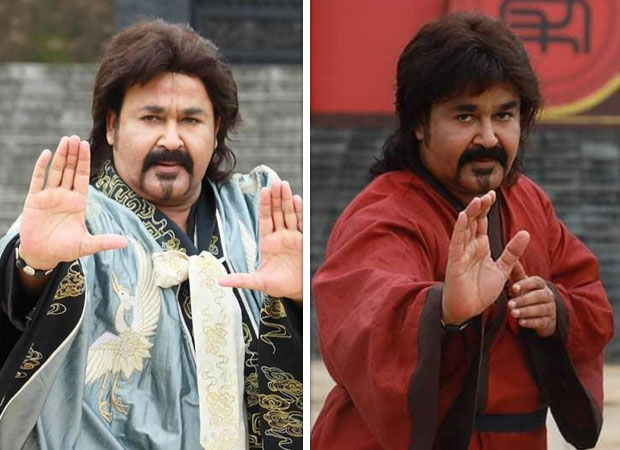 Social media is going abuzz with photos of Mohanlal in the Chinese outfit and moreover, fans are excited to see the actor in the role. Now with the latest update on the double role, looks like Ittimaani - Made In China has become a double treat for the superstar’s fans. If that wasn’t all, we hear that the actor also trained in martial arts and other forms of the film. The recent glimpses from the sets that are doing the rounds are these photos of the actor with the Chinese team.

It is being said that the extensive schedule of Ittimaani has already kicked off and that the team has also returned to India after the China schedule. If these reports are to be believed, the cast and crew also faced a little difficulty whilst shooting in the country owing to its rainy weather.

Directed by Jojo and Jibi, Ittimaani is also expected to star Honey Rose as the leading lady.

Also Read: Priya Prakash Varrier has a fangirl moment again and this time it is not with Ranveer Singh or Vicky Kaushal but Malayalam superstar Mohanlal