Thalapathy Vijay's next film is currently on the floors. The film directed by Lokesh Kangaraj also stars Vijay Sethupathi, Malavika Mohanan, Shanthanu Bhagyaraj and Arjun Das in prominent roles. After wrapping up the Delhi schedule, the team had shot for five days at a school for visually challenged children in Chennai. 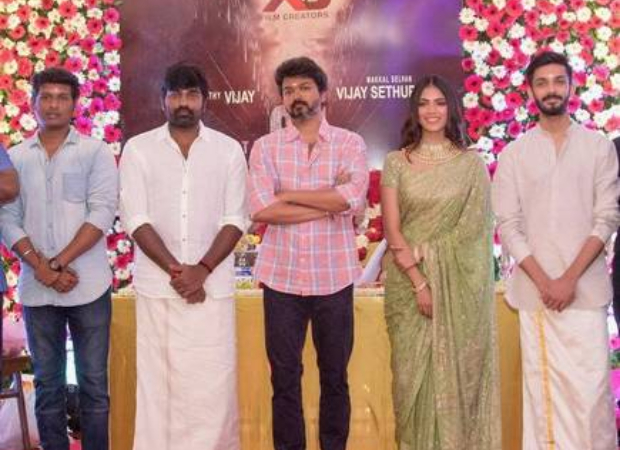 Reportedly, the team behind the tobacco Monitor App has filed a complaint against the team of Thalpathy 64 for violating several rules. According to the reports, the crew of the film smoked cigarettes inside the school campus which is against the COPTA (Cigarettes and other Tobacco Products Act).

A press release by the Tobacco Monitor App team reads, "The Section 4 of the COTPA (Cigarettes and Other Tobacco Products Act) states that, 'Smoking in public places is prohibited’. On the other hand, Section 6 (b) states that the sale or usage of cigarettes or any other tobacco product is prohibited within 100 yards of any educational institution; be it school, college or even a tuition centre’. The movie crew has shown such a lethargic attitude by smoking inside the school where countless number of disabled children get educated."

The reports further read that the Tobacco Monitor App even came down heavily on the Department of Differently Abled Welfare who had permitted the crew to shoot inside the campus. Meanwhile, actor Vijay and his team are currently shooting for the film in the Shivmogga prison in Karnataka.

Also Read: With over a 100k retweets, Tamil actor Vijay’s post becomes the most retweeted tweet in Indian entertainment