Allu Arjun is very popular amongst his fans for sharing a very tight-knit bond with his family. Time and again, the actor has proved himself to be a dedicated member of his house by making sure all the special days of his close ones are celebrated well. Yesterday, it was the 100th anniversary of Allu Arjun’s grandfather Ramalingaiah and to commemorate that, he along with his Chiranjeevi inaugurated Allu Studio. Later in the evening, they launched a book of Allu Ramalingaiah on his centenary birthday. 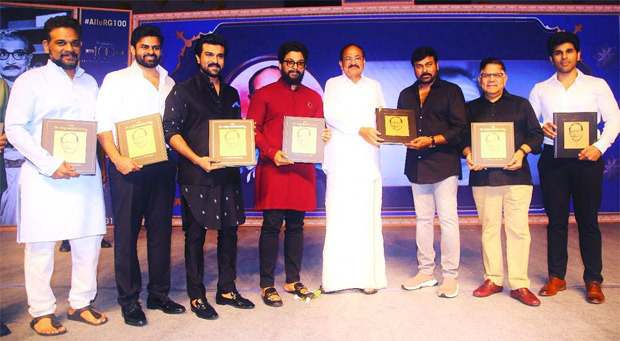 Taking to social media, Allu Arjun shared a picture of himself along with his close relatives. In the caption, he wrote “Book Launch of my Grand Father Shri Allu Ramalingaiah garu on his centenary birthday. I would like to thank shri venkaiah naidu garu for gracing the occasion. #AlluARG100.”

On the work front, Allu Arjun will soon begin the shoot for Pushpa: The Rule, the sequel to Pushpa: The Rise - Part 01.