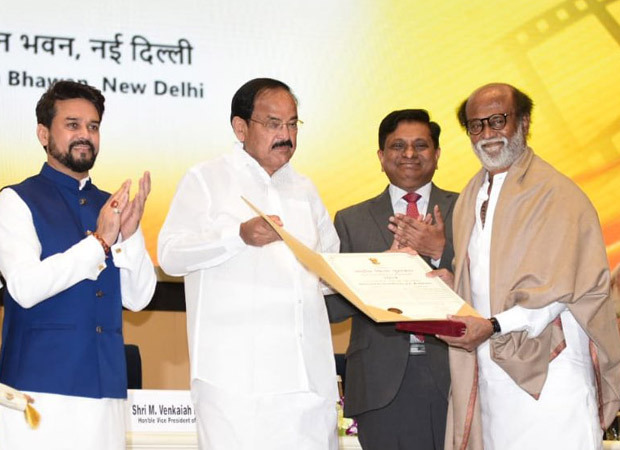 Rajinikanth attended the Award ceremony with his son-in-law Dhanush who received the Best Actor award for his performance in Asuran. Rajinikanth's wife Latha and his daughter Aishwarya were also present.

In a statement, Rajinikanth wrote, "I would like to dedicate the highest and the most prestigious award conferred upon me by the Government of India, "Dadasahe Phalke award" to the one who identified and shaped me, my guru Shri K Balachander sir, to my elder brother Shri Sathyanarayana Rao Gaekwad, to my dear friend Shri Raj Bahadhur, to all my film fraternity, producers, directors, technicians, co-artists, distributors, theatre owners, the friends in press and media, my loving fans and to my living gods, the Tamil people."

Rajinikanth was selected for the honour by a jury made up of singers Asha Bhosle. Shankar Mahadevan, actors Mohanlal and Biswajeet Chatterjee, and filmmaker Subhash Ghai.