Last Updated 01.12.2022 | 3:00 PM IST
feedback language
follow us on
Bollywood Hungama » News » South Cinema » Ponniyin Selvan 1 star Vikram speaks about co-star Aishwarya Rai Bachchan; says, ‘It must be so scary being who you are’

As Mani Ratnam’s dream project Ponniyin Selvan-1 will soon hit the silver screen, the makers and star cast are not leaving any stone unturned to promote it. Recently, the PS-1 team also hosted a press conference in Delhi, where they extensively spoke about the upcoming film. During the same, actor Vikram was all praises for his co-star Aishwarya Rai Bachchan. 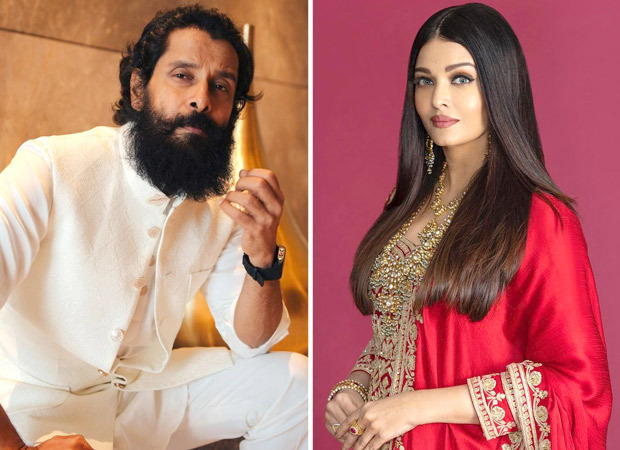 Ponniyin Selvan 1 star Vikram speaks about co-star Aishwarya Rai Bachchan; says, ‘It must be so scary being who you are’

Interestingly, Vikram recalled an incident when Aishwarya tripped and stumbled making him feel she would 'fall on her face'. He asserted, “She has always stolen everyone’s heart. Every time there have been many women, who have been queens, Aish (Aishwarya) has always been symbolic of that picture of perfection we look up to. I have seen her films, I've watched her and I think it wasn't just about beauty, it was what she stood for.”

The Raavanan actor continued, “I've always felt she has been under a microscope. It's so very difficult being her. She is constantly being watched, constantly needs to be perfect, and let me tell you, she has done it in style.” Recalling his first meeting with Aish, Vikram said, "The first time I saw her she hadn't even gotten the title yet, I was in the crowd. As she got in, the cloth got caught in her leg and she stumbled and I thought she's gonna fall on her face.”

Adding further, the Iru Mugan actor elaborated, “She stumbled, she did a couple of missteps, she gathered her poise, came back and did the routine whatever she was supposed to do. It struck me this person is going places. I sense that in her, the confidence, the poise, the grace. Anywhere you go, even in Chennai, in south India, even today there will be jewellery stores and saree stores with her picture."

The I actor also spoke about working with Aishwarya. He said, “I got to work with her, I saw the other side where she is professional. It's three films with her actually. I like the way that she puts into her character, it's very difficult. This one is even more difficult now she's a mother, needs to spend time at home, needs to give Abhishek his time, get her lines straight...and she is still under the microscope. It's such a scary place. They always say where it's lonely at the top it's very scary. Aish it must be so scary being who you are...All our fans keep saying it’s so nice to see you as a pair, but the only thing is, I never get her (Aishwarya) in the movies. They knock me off.”

The upcoming magnum-opus film is an adaptation of author Kalki Krishnamurthy's Tamil novel of the same name. The Mani Ratnam directorial is slated to release on September 30, in Hindi, Tamil, Telugu, Malayalam and Kannada.